Come investigate how a seemingly dead piece of wood can come alive again, grafting energies and intention between movers!

In this workshop we will explore the spaces between bodies: how those spaces can feel alive and charged even if our connection is through an inanimate object. Specifically, we will use a wooden staff to aid sensitivity training with a partner, heightening our focus and listening skills.

Human beings have a long history with the wooden staff, perhaps our oldest tool. Many martial artists use a staff to strike or defend. Over the years at Still & Moving Center, we’ve used sticks to develop fitness, for support while using the feet in Hawaiian bodywork, as a percussive instrument in hula and Indian dancing, and as a prop to move synchronously with another tai chi practitioner.

In Eddie and Jessica’s newest workshop – debuting for the first time ever at Still & Moving Center – we will use the staff to connect and relate with other movers. This idea of partnering with a stick is inspired by an exciting movement creation the two are currently developing, called IVY: https://vimeo.com/634663853/c525a6f814

This workshop is designed for all movers, beginning through advanced. We will mix and match partners during the workshop, so it is not necessary to come with a partner already. Just come ready to play and explore with us!

Eddie Bruno Oroyan & Jessica Eirado Enes
Your teachers both are practitioners of Vipassana meditation, and they infuse their awareness, understanding and equanimity into the workshop. Their training and experience as professional contemporary dancers performing throughout Europe certainly undergirds this workshop. They engage in ongoing personal practice to seamlessly exchange and share leadership as equal partners. Eddie is also an Academy of Mindful Movement Level 1 Instructor. That’s the serious description of their work.
On the lighter side, we find that Jessica and Eddie are fundamentally joyful, experimental movers – basically big kids who refuse to grow up! They love to spend time bouncing off buildings – parkour – when they’re in cities, or climbing trees and jumping off rocks when they’re in nature. When they’re indoors, they can turn anything into an object of play. The last time they were here on island with us, they choreographed an entire dance around putting pizza dough on each other’s faces!
Eddie and Jessica’s playful natures and good humor rub off on all the movers they work with and teach through their highly skilled instruction and their beautiful, inspired dancing.
For more info: www.myhomelesslover.com 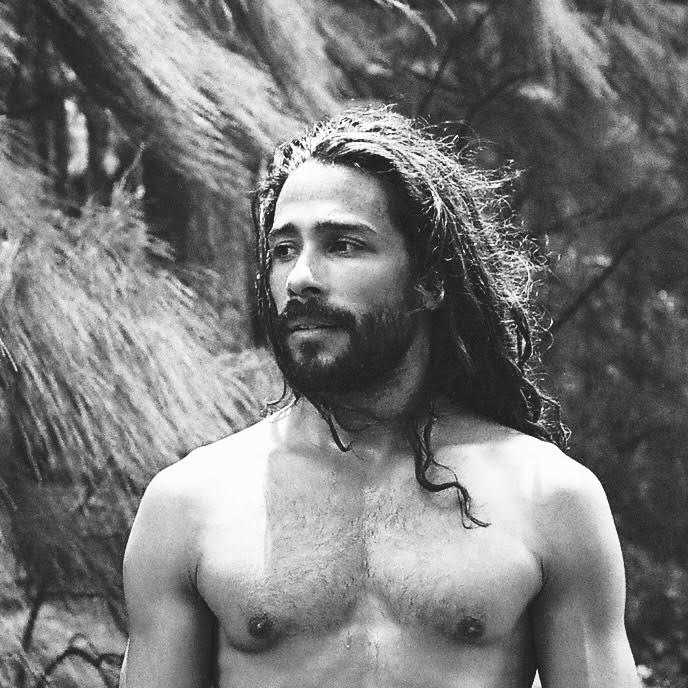 Originally from Hawaii, Eddie now dances and choreographs professionally in Europe. Oroyan worked with Ultima Vez for six years, having toured and performed primarily with What the Body Does not Remember and In Spite of Wishing and Wanting. He is currently working and touring with Emmanuel Gat Dance on several projects as well as making his own work with Jessica Eirado Enes in their company, My Homeless Lover.

His experience spans Attic Projects, Creach/Company(NYC), Shapiro & Smith, ARENA Dances, Zenon, Andrea Miller, and Roberto Olivan. He was a founding mover and an Artistic Associate for company Black Label Movement and continues as an active choreographer. He has presented collaborations at American Dance Festival with Carl Flink and Zürich Tanzt with Rakesh Sukesh. Eddie presented a solo in 2016 at P12 Space in Brussels and a duet with Natalia Pieczuro, ENTROPY, as part of Dag van de Dans 2017 at STUK.

After an injury in late 2014, Oroyan began a practice of meditation and observation. His performing and studies have long included animal reflex training and proper response. His newer practice continues to teach him curiosity and awareness of the more subtle and delicate, the empathetic. After returning to performing and teaching, Oroyan is moved to explore and share these discoveries through the stage and classroom

Jessica was born in Italy in 1993, now based in Brussels and working as a freelance dancer and choreographer. From 2012 to 2015, Jessica took her dance training in Modem Codici Gestuali of Compagnia Zappalà Danza, in Scenario Pubblico-International Choreographic Center of Sicily. While there, she did an internship in Compagnia Petrillo Danza directed by Loris Petrillo. Jessica was also part of a collective of women, including Marika Meoli and Iro Grigoriadi, that created a 40 minute work, called “È Vietato il Gioco Della Palla,” supported by Ursino Buskers Festival 2017, and performed in Castello Ursino of Catania.

For her professional experience after training, Jessica joined Compagnia Petranura Danza, directed by Salvatore Romania and Laura Odierna, dancing and touring throughout Italy in several pieces of the company: “Agamennone Criminal Case, South Sensation, Agua/Resistenza”. In 2016, Jessica received also a scholarship to join the intensive program for contemporary dancers “Nod” in Turin, studying repertory of famous companies, such as Batsheva, Ultima Vez, Hofesh Shechter. Jessica worked also with Annamaria Ajmone, performing in “Imaginary Garden With Real Toads in Them” during Festival Biennale of Venice. In 2017 Jessica was part of the acclaimed production of “Requiem for Aleppo,” choreographed by Jason Mabana, at Sadler’s Wells Theatre of London, followed by an European tour. In 2018 , Jessica joined the Belgian company Zemiata, directed by Youri De Gussem.