Is It Just Me?

Upholding the Fabric of the Universe: Cosmetics, Dance & Kids

Is it just me? Or am I part of a huger cosmos than I’m normally aware of? Knowing Sonja Sironen raises this question in my mind.

Sonja, our former Indian dance teacher, and current long-distance staff member has a huge accomplishment to celebrate. Kindly allow me to tell you the story of this lady for whom I have so much love, admiration, and affection. 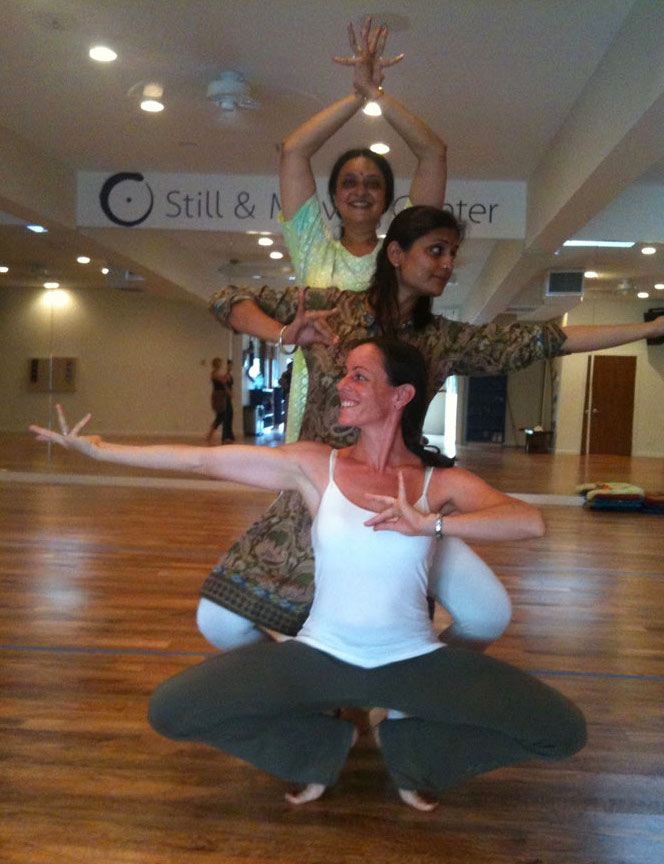 While staying completely true to herself and her values, Sonja Sironen has managed to adapt to and embrace startlingly unforeseeable opportunities in her life. No matter what her current circumstances may be, she manages to stay in touch with what she calls “the deep fabric of the universe.” As a very down-to-earth individual who avoids glamour, she now finds herself the glad owner of a make-up company in Germany! Generally speaking, she doesn’t even WEAR make-up herself. I think you, like me, will find her life story both fascinating and instructive.

I met Sonja a decade ago, shortly after opening Still & Moving Center when I was looking for a Bharatanatyam classical Indian dance teacher and discovered Sonja, the only such teacher on O’ahu. I was 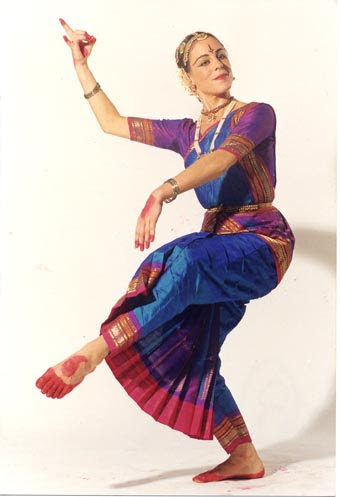 Let’s go further back in time. As a brilliant, philosophically-inclined university student, Sonja had decided to take a little detour between college and medical school to visit Sri Lanka about 25 years ago. While in Sri Lanka, the young Sonja met two women who hugely influenced her life path… so much so that she never became a doctor, after all. Each of these women instantly recognized something about Sonja’s inner potential and long-term future that Sonja herself didn’t see, and that she has taken all the years since that time to discover for herself.

So here comes Sonja, never having even seen a Bharatanatyam dance performance, yet somehow drawn to take a local dance lesson. As if two stars’ paths had just aligned, Sonja and her new teacher seem to have experienced a soul recognition. With an inward knowing that studying with this teacher was something she absolutely HAD to do, Sonja dropped her plans for medical school and settled into a DECADE long period of solo training in this extremely rigorous dance form. I would call this 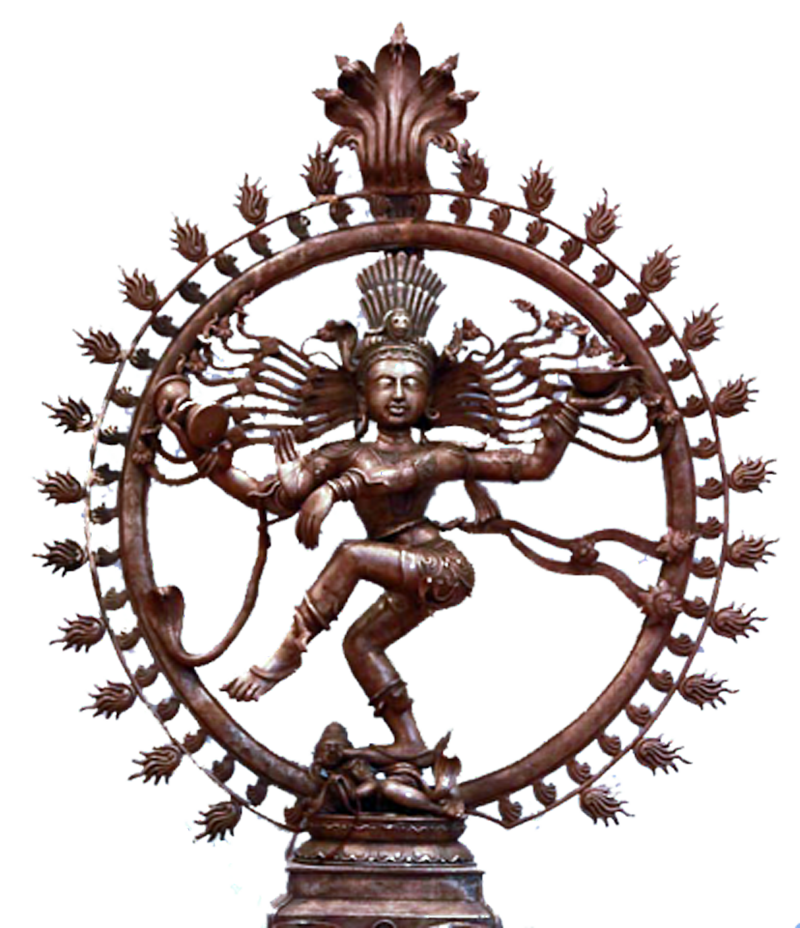 Sonja’s first big moment of trusting that the threads of the cosmic tapestry would uphold her better than the personal plans she had spun for her life.

I can envision the two of them working together in the sweltering Sri Lankan heat: Sonja, wearing her third dance sari of the day, is drenched with perspiration; her teacher is tapping out the fast, complex rhythms of the dance, with the accompanying vocalizations Ta Ka Di Mi, Ta Ka Di Mi, while Sonja’s feet stamp out the beats at lightning speed, her hands gesturing expressively, her eyes flashing! This ancient dance – devoted to Shiva Nataraj, Lord of the Dance – seeks to echo the rhythms of Shiva’s cosmic dance.

In 2005, Sonja’s dance path led her from one sub-tropical island, Sri Lanka, to 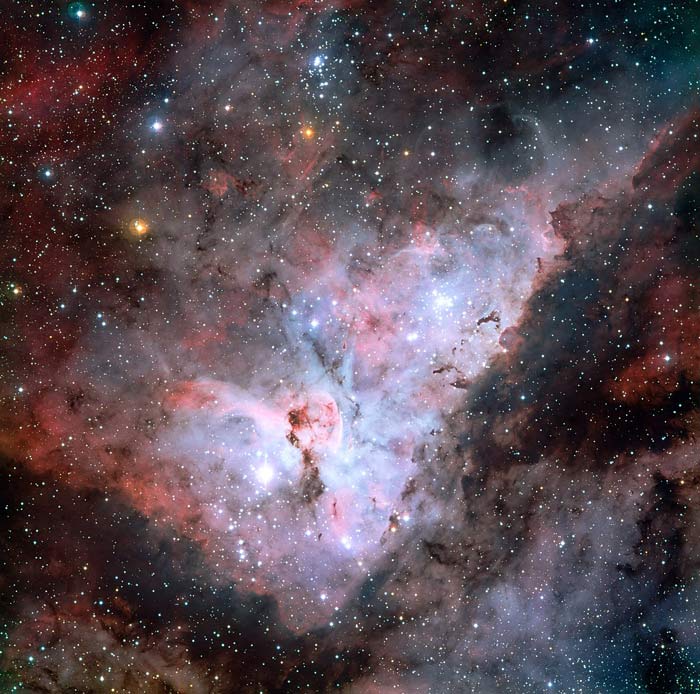 another: Oahu in Hawai’i, where she earned two Master’s degrees at the University of Hawaii: one in Dance Ethnology and the next in Business.

Years of studying Sanskrit in Sri Lanka and with Professor Ramanath Sharma at UH brought Sonja in touch with a more subtle sense of universal awareness. Sonja says that Sanskrit, whose grammar represents the deep fabric of the universe, helps you make decisions when you know there’s something in the universe that underlies your life and everyone’s life, something that you can rely upon. Sonja works diligently to uphold her little piece of the universal fabric, and somehow that fabric continues to support her worthy endeavors. 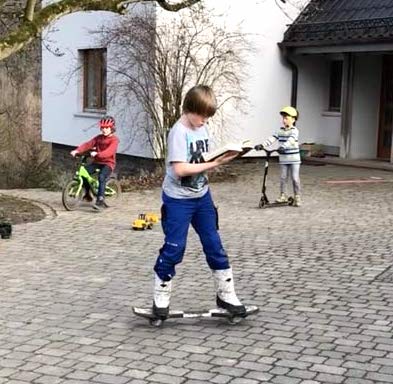 Along the path, Sonja met and married the delightful Juha from Finland and started a family. When I met Sonja, they had only their first son Kalle, undoubtedly the most philosophical child I have ever encountered. Kalle could not WAIT until his little brother Emil learned to talk so that he could help Kalle remember what it was like being a soul BEFORE being born into the world. What a question for a 4-year-old to wonder about! Of course, he’s Sonja’s son. At 12, Kalle’s philosophical side is well represented, as you can see from him studying his book as he rides his skateboard amongst the other children at play.

I was fortunate enough to snag Sonja to be our 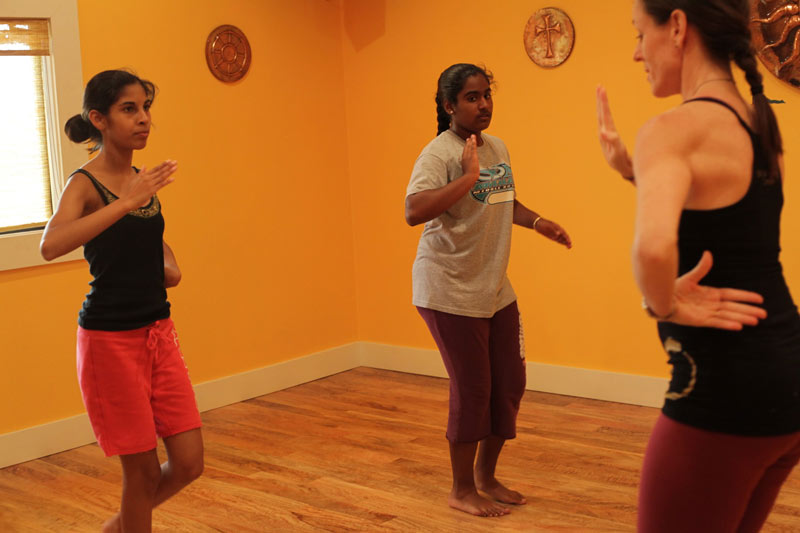 Bharatanatyam dance teacher and studio manager at Still & Moving Center for a couple of wonderful years. Eventually, with visas and borders being as limiting as they are, Sonja and her family had to move back to Germany. One consolation was her extended family in Germany, eagerly waiting to shower their familial love on Sonja and Juha’s three sons. Fortunately for us, Sonja has continued to do most of our scheduling and all of our payroll even from Germany. 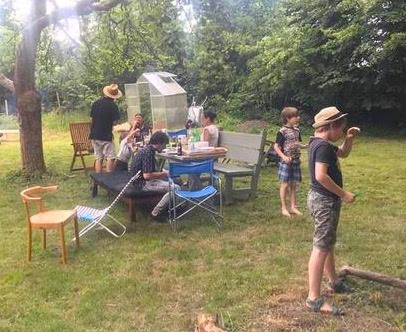 They live in a house that holds 4 adults and 4 children, while 6 adults and 4 children live in the other home. Being in a shared pod of families has made the Covid lock-down much more bearable for all of them than a single-family home would have been. There’s no end of exploration and fun that goes on in that little ‘village.’ Enjoy some of Sonja’s photos.

‘What does any of this have to do with make-up?!?’ you are surely wondering at this point.

So I haven’t yet told you about the second important woman whom Sonja met on her little ‘detour’ to Sri Lanka. Their encounter seemed completely insignificant to Sonja at the moment. But meeting Sonja, Maria Wissler got a clear view into the future. 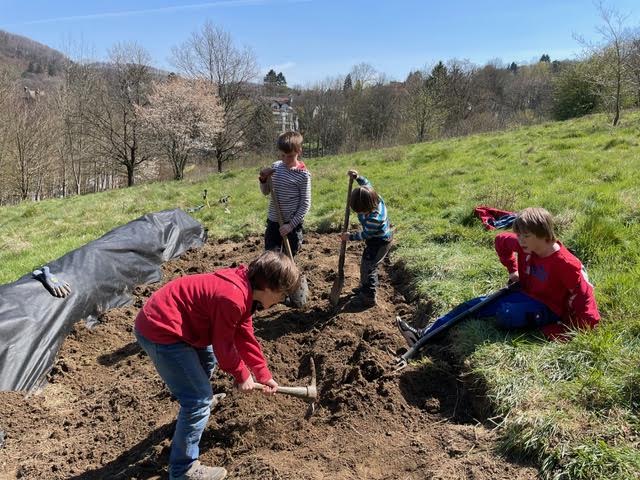 Sonja must have unknowingly impressed this German client named Maria, with her efficiency, intelligence, and caring approach with everyone. Sonja is just so dang unflappably CAPABLE! Immediately upon meeting Sonja, Maria declared silently to herself: “If this woman ever comes back to Germany, she’s going to work for me!” Maria Wissler owned the first mail-order company for organic cosmetics in Germany, named marie w.

Over the intervening years, while Sonja traveled, predominantly living in Hawaii after leaving Sri Lanka, Maria maintained a steady connection with Sonja. Maria would send birthday notes and invitations to lunch or dinner whenever Sonja would come home to visit her German parents. When Sonja pulled up stakes in Hawaii and moved back to Germany, Maria saw her 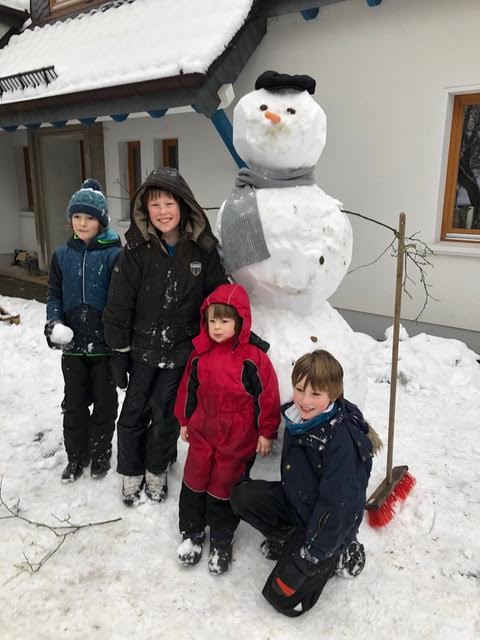 Here’s a funny aside: Maria jokingly says she only hires women over 45, whom she figures won’t have to go out on maternity leave, and she hired Sonja when she was 45. Hilariously, Sonja unexpectedly got pregnant with their last son, little Hugo, only 3 to 4 months after she began her work at marie w.! These little surprises that life throws at us absolutely delight Sonja – they reveal the larger workings of the universe that our rational, calculating brains cannot predict. 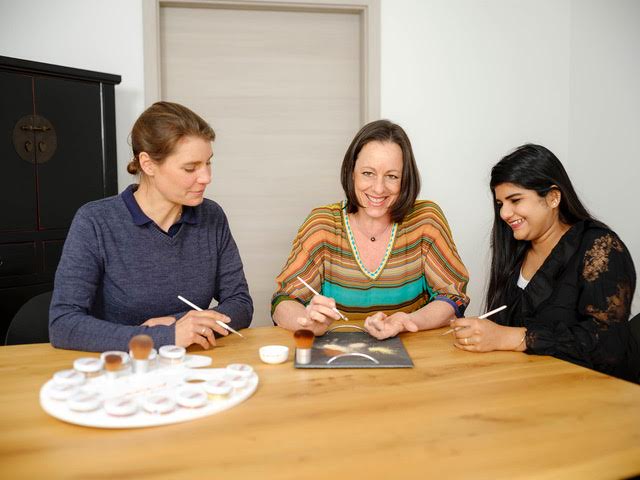 For Sonja, marie w. was just another of the several jobs that she maintains (including her ongoing work for Still & Moving). Maria, on the other hand, had bigger plans for Sonja. She was ready to retire, and she wanted Sonja to take over the company!

Sonja began realizing that she could do more than just file papers for marie w.; she could also develop products, marketing strategies, and an array of other tasks that intrigued her. She saw wonderful opportunities for making the world better in small ways, such as making sure the company’s products & containers are healthy and come 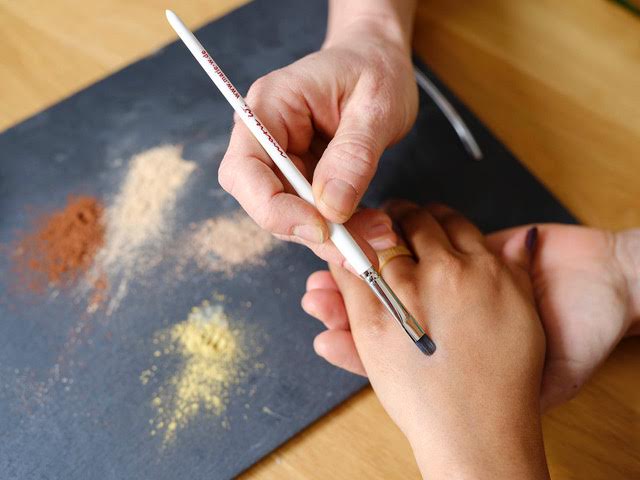 from sustainable sources where workers are treated fairly.

Sonja was now interested in owning marie w., yet she had no capital whatsoever to buy it. No problem! Neither she nor Maria let that fact stop the process. Sonja got super creative, pitched her purchase idea to an independent bank in Germany that supports non-conformist dream companies, and impressed their socks off!  She got a loan! As of this month, May 2021, Sonja becomes the new owner of marie w. cosmetics – just the way Maria  Wissler foresaw that she would a quarter-century ago.

While the fabric of the universe continues to connect all the stars and planets and beings within its embrace, science shows us how it constantly shifts and morphs. Sonja maintains an uncanny ability to adapt to every new circumstance the universe brings her way. I’m certainly glad she stays connected with us, half a world away now, here at Still & Moving Center.