We live in a world of chaotic – sometimes desperate – unknowing, of fervent spiritual seeking, and of an abundance of self-proclaimed spiritual guides and gurus. How can the seeker know 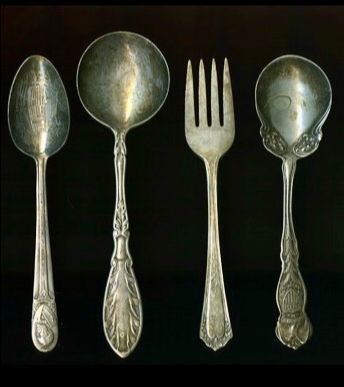 Ralph Waldo Emerson (who lived in the time when one’s ‘silverware’ was actually made of silver) once said of a hypocrite: “The louder he talked of his honor, the faster we counted our spoons.” The more self-proclamations I hear from a would-be “teacher”, the more quickly my doubts grow about the individual’s authenticity.

On the other hand, if someone is willing to s 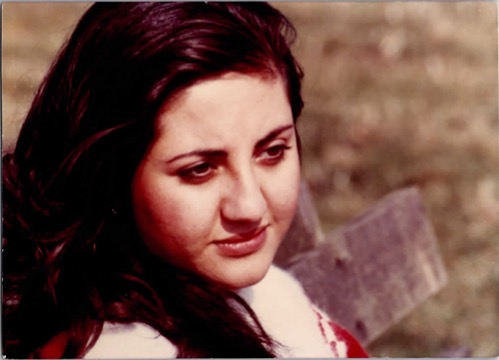 hare wise insights about life in a humble, thus-have-I-heard manner, I’m much more likely to lend an ear. “From the teachings to the teacher” is an ancient adage that I lean upon.

I’d like to share with you a little of the story of Fariba Enteshari, someone who stumbled through many years of unknowing until she encountered the teachings of Rumi. Fariba still considers herself to be a humble student, yet finds herself in a position to teach. 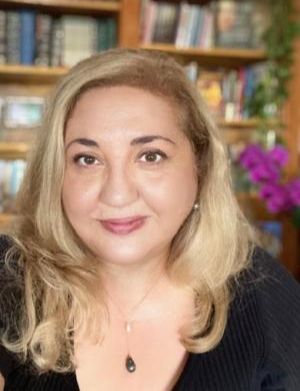 Fariba grew up as the first child of a family in Iran who constantly entertained many guests. Fariba’s family home was constantly filled with interesting and well-to-do guests from near and far. Fariba herself had an introspective nature, even as a young child, yet a quiet moment was not to be had in her home, where continuous streams of visitors all praised her for the beautiful, bright child that she was.

Due to political upheaval in her country, Fariba’s life turned upside down. She lost her home and literally lost her parents – not knowing for ten days whether they had survived the attack of Saddam Hussein in 1980. At her parents’ insistence, she had fled to Germany for safe haven.

Suddenly catapulted into bewildering circumstances and no longer speaking her mother tongue, Fariba nevertheless earned an education through her brilliance, even though traumatized. She dove into the study of biological science – a field which provided her with the semblance of order and understandability in her otherwise baffling life.

Her dedicated study of hard science, however, failed to answer her meaning of life questions. Why on earth were all these sorrows falling upon her, her family and her people? What, in fact, was the purpose of life in this world? ‘How can we understand all these complexities and perplexities?’ she wondered. 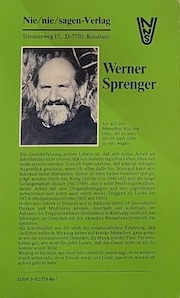 One day at age 22 she walked into a bookshop intending to buy a book on biochemistry that she really wanted. However, a little book with a green cover absolutely drew her hand to itself! She knew she could not afford both books, and she struggled against her rational mind telling her to buy the science book. Ultimately, the small green book was too compelling to resist, and that was the one she walked out of the store with.

This mysterious book contained the story of a German soldier who was dying when he found a scrap of paper with the teachings of a Sufi master named Jalul-al-din Rumi. It saved the soldier’s life. Fariba reports, “I sent for a book of Rumi from Iran so that I could read his work 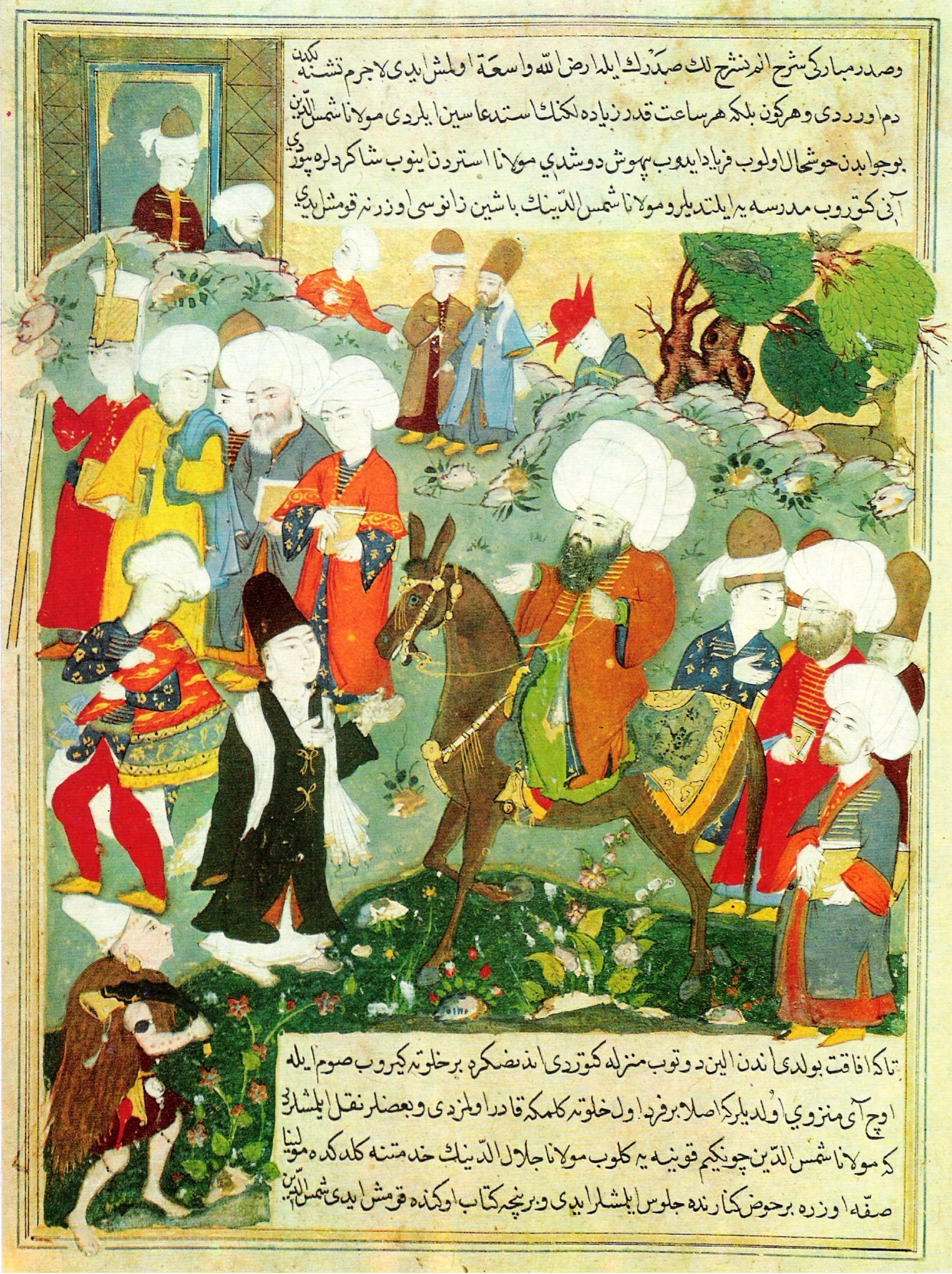 in our shared language. His work had been banned from Iran while I was growing up in Iran because he was such a universalist. Yet I now managed to get a book.”

Here, another impediment arose. Although Rumi’s book is written in Fariba’s native tongue of Farsi, Rumi’s archaic and poetic language, using “mystical imagery codes”  from over 800 years ago made it impossible for Fariba to understand it.

And so Fariba, still yearning for insight from a true spiritual teacher, had to wait another 12 long years before she met someone who could unfold for her the amazing wisdom locked into the teachings of Rumi. Meanwhile, Fariba struggled through years of confusion, separated from her homeland, parents, and everything she had known in her youth.

As an Iranian in the 1980s, Fariba’s chances of getting an American visa were slim to none. Trusting her inner guidance, she remarkably did obtain a visa to the United State to pursue her studies. 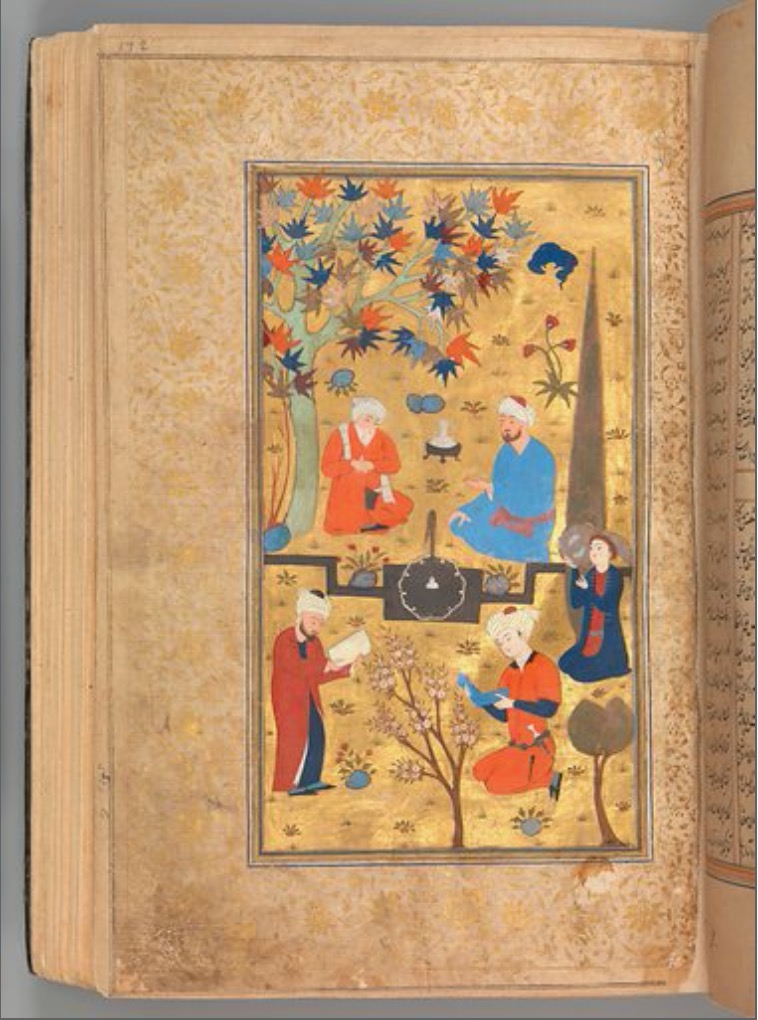 Over the years, Fariba met various and studied briefly with a few people who purported to understand Rumi, but none felt completely genuine. At last, when she emigrated to America, she met a Rumi scholar named Dr. Parviz Sahabi, who had himself studied under three different Rumi teachers, each with a unique perspective on Rumi’s teachings. Fariba relates, “My body and mind became a magnet to teachings of Rumi though Dr. Sahabi.”

A teacher affects eternity; he can never tell where his influence stops.

As a sign of spiritual respect for Fariba as a student, Dr. Sahabi came to call her tabla rasa, meaning a ‘blank slate’. Far from meaning that she was a no-nothing person, he was indicating that she had the open soul necessary for true learning. Sufis speak o 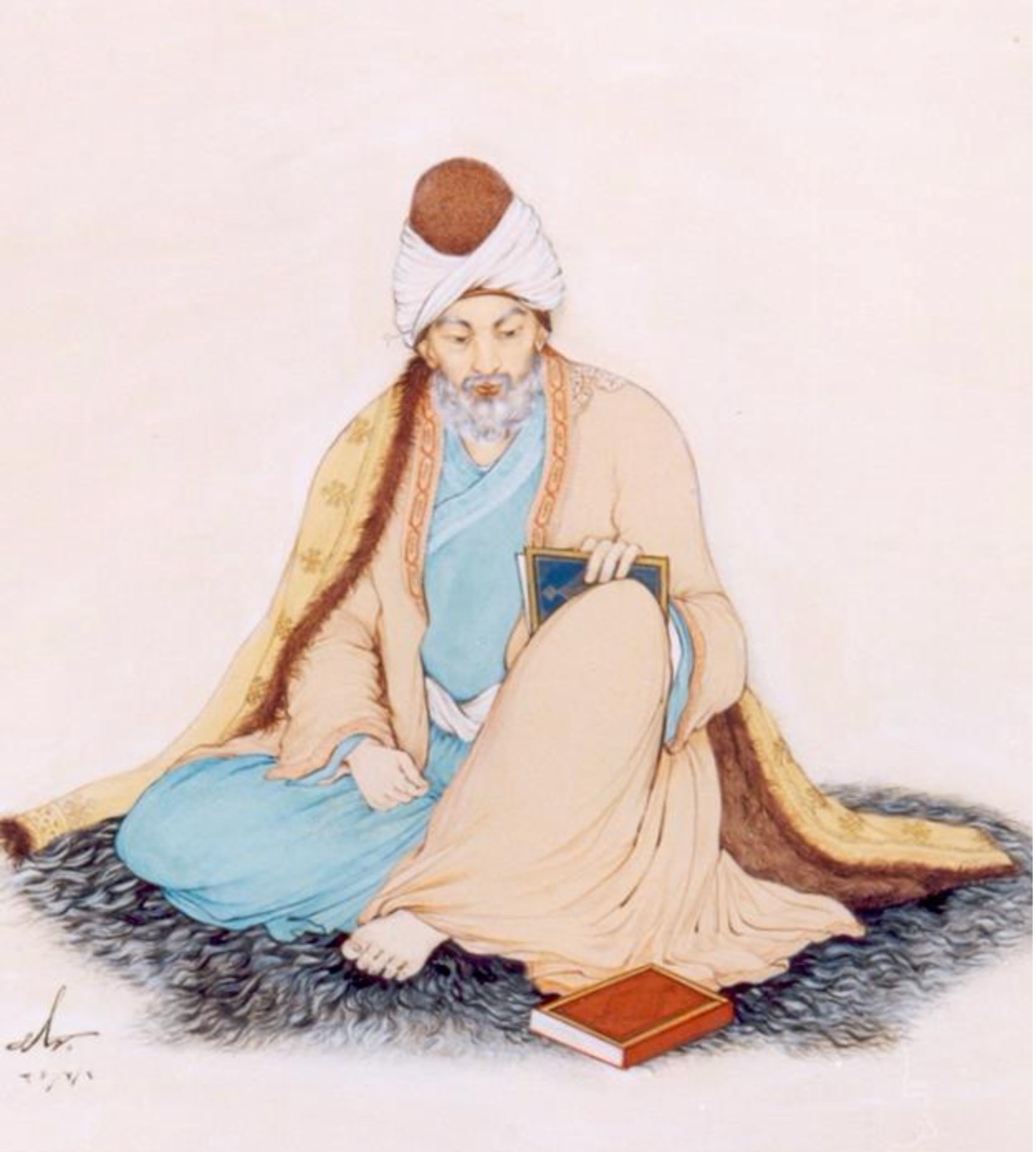 f the student’s “thirst” for understanding, for enlightenment. It took that “thirst” and recognition of her own unknowing to create in Fariba a blank sheet ready to soak in all that Rumi had to teach her.

As Fariba relates to us, “It took me years to build up a desire and intention to expand with wings of love. The thirst keeps us to our path without deviating. I had always been interested in an international education – mesmerized by talk about language and education on universal love. Now with Dr. Sahabi as a mentor opening the doors that had been closed to me, I was able to dive within and see the presence of God within my own heart.”

As she studied with Dr. Sahabi, Fariba saw that Rumi had broken through the walls of his own ego “to rise like a phoenix with the freedom to play with the Divine. We see the result in Rumi’s seminal writings, the Book of Machnawi, in which his verses soar with the wings of love. Rumi is all about love. We need to get rid of the ego to experience love.”

This Sufi scholar did not seek to promote himself as a teacher, despite all his learning and his beautiful, devotional painting. 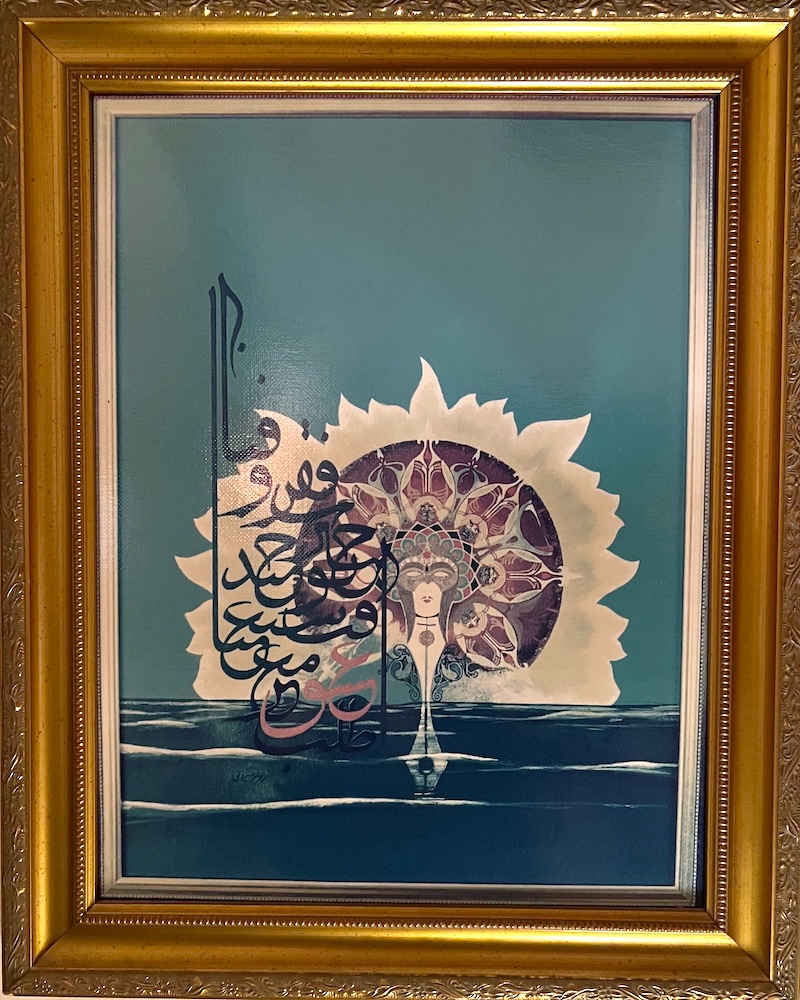 In fact, as Fariba studied with him, Dr. Sahabi recognized both her earnestness and her depth. Realizing that USC needed someone knowledgeable and competent in English to teach Rumi to the students, Sahabi encouraged Fariba – who considered herself only a student, and a reserved, hermit-like one at that – to step forward as a scholar and professor of Rumi’s Sufi teachings.

On that basis alone, Fariba agreed to honor her teachers by passing on what she felt privileged to have learned. In the intervening 30 years, Fariba has continued delving into and translating Rumi’s mystical writings. She shares her deep enthusiasm and profound insights – which she calls merely “glimmerings” – into Sufism through the Rumi Educational Center in Santa Barbara, California, providing meditations, classes and workshops.

Fariba continues to instantiate in her daily life the practical teachings of Rumi, always ready to do a kind deed for others, always putting others first, extending love. Last week whe 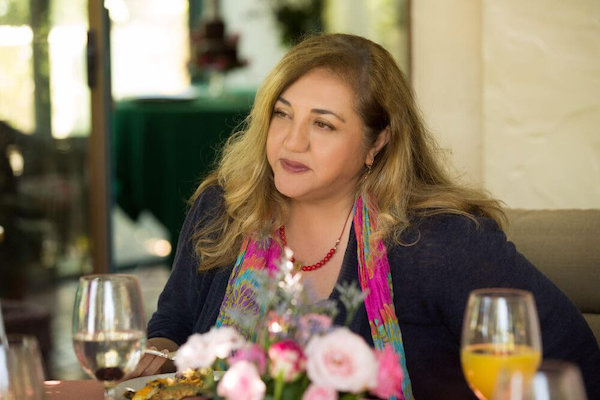 n she intended to attend the memorial service for Dr. Sahabi and to see again beloved fellow students of Dr. Sahabi, she instead accepted my offer to speak on Rumi at Still & Moving’s Gems from the Wisdom Traditions conversation circle. She felt she could best pay her respect and gratitude to her mentor Dr. Sahabi by telling the story of their shared Teacher, Rumi.

I honor Fariba as a teacher who never intended to become a teacher, especially because she considers herself a lifelong student. And I never count my spoons when Fariba comes to visit!