When I met Mālia Helelā two weeks before opening Still & Moving Center in 2011, I 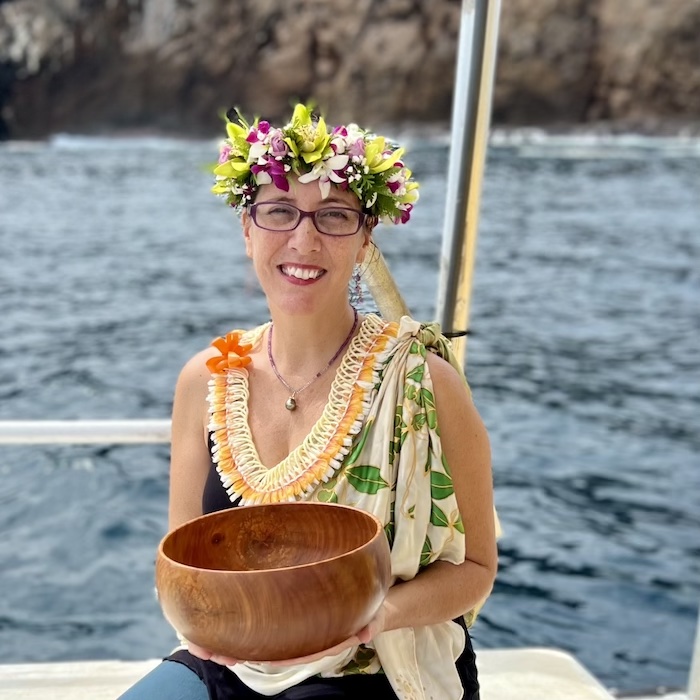 invited her that very day to come give hula classes. Although she told me she had become a hula teacher at a remarkably young age, I really had no concept of the exceptional rigors she had undergone to attain her status as a traditionally trained Hawaiian hula teacher. An ancient culture’s precious and preserved knowledge is not passed on lightly, as I’ve come to learn.

At the age of 24, Mālia’s hula teacher hurtled her into the lofty responsibility of creating her own solo performance for Hawai’i’s Merrie Monarch festival. Mālia was competing to be Miss Aloha Hula, the most significant hula title in the world, based on demonstrated knowledge of both ancient and modern forms of hula with their appropriate costumes and possible instruments, as well as Hawaiian chanting, known as oli.

As she sat backstage waiting to perform, a question swept over her, “What am I doing here?” Although she’d been dancing hula since age 8, she had never before danced at Merrie Monarch, let alone danced it solo, let alone created every element of her performance: from choosing the music, to her choreography, to her costume and lei. Her kumu hula 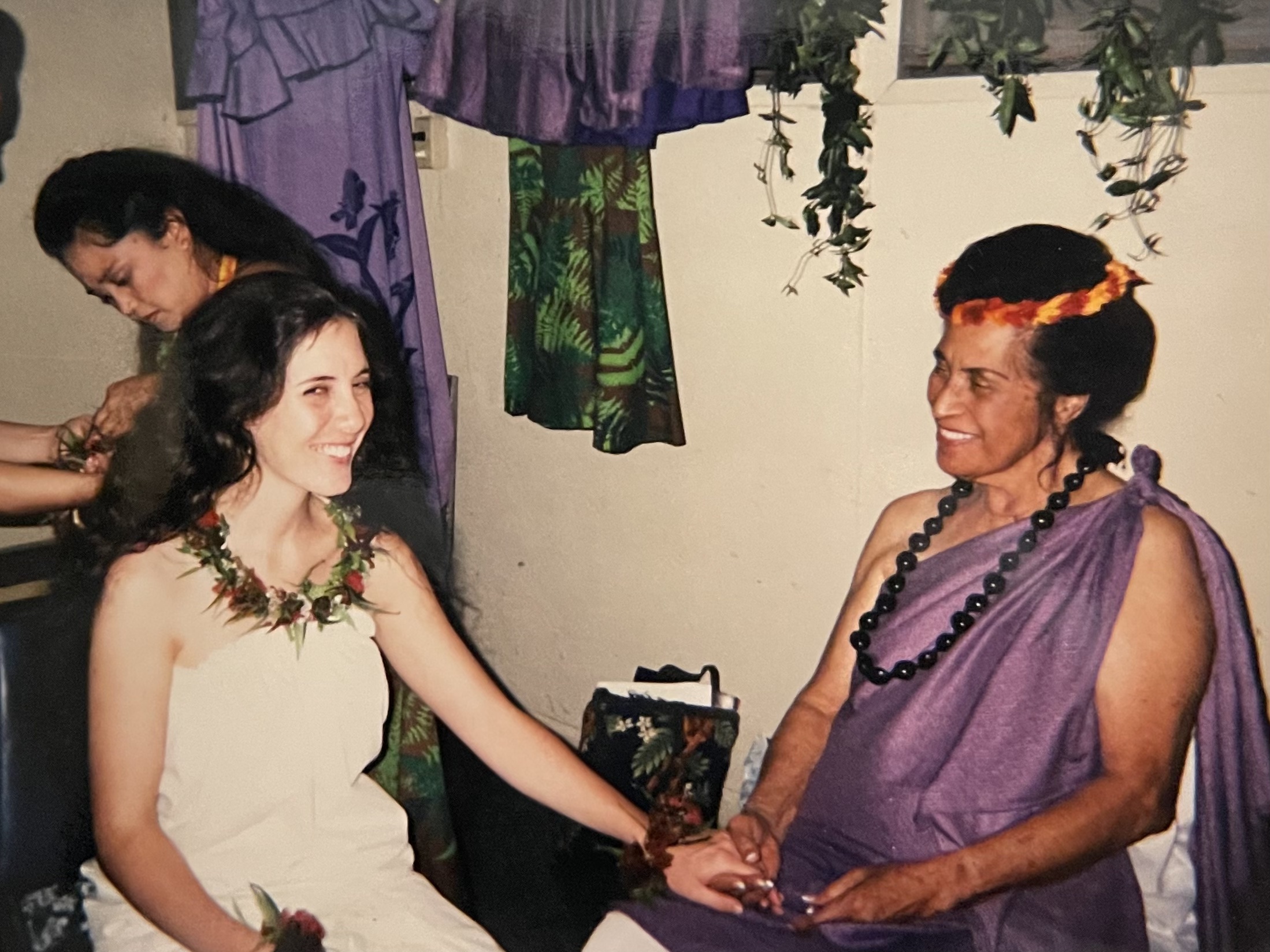 (traditionally-trained hula teacher) also asked her at the last moment to wear heeled shoes and add a train to her gown for the modern hula, which is very awkward if you’ve always danced barefoot and never danced in a holokū gown!

The answer to Māliaʻs question was this: She was there at Merrie Monarch to accomplish some of the multitudes of tasks her teacher had set for completing her training as a kumu hula.

Mālia’s dedication to the hula, to her kumu (teacher), to her hula hālau (school) and to her parents carried her through the Merrie Monarch festival. Despite stepping on her long gown in her heels, she offered a beautiful hula ‘auwana dance, completing the ancient hula kahiko dance more comfortably. In hindsight, she would have done a lot of things differently, but given the rigor of the circumstances her kumu had set up for her, she did the best she could at the time. 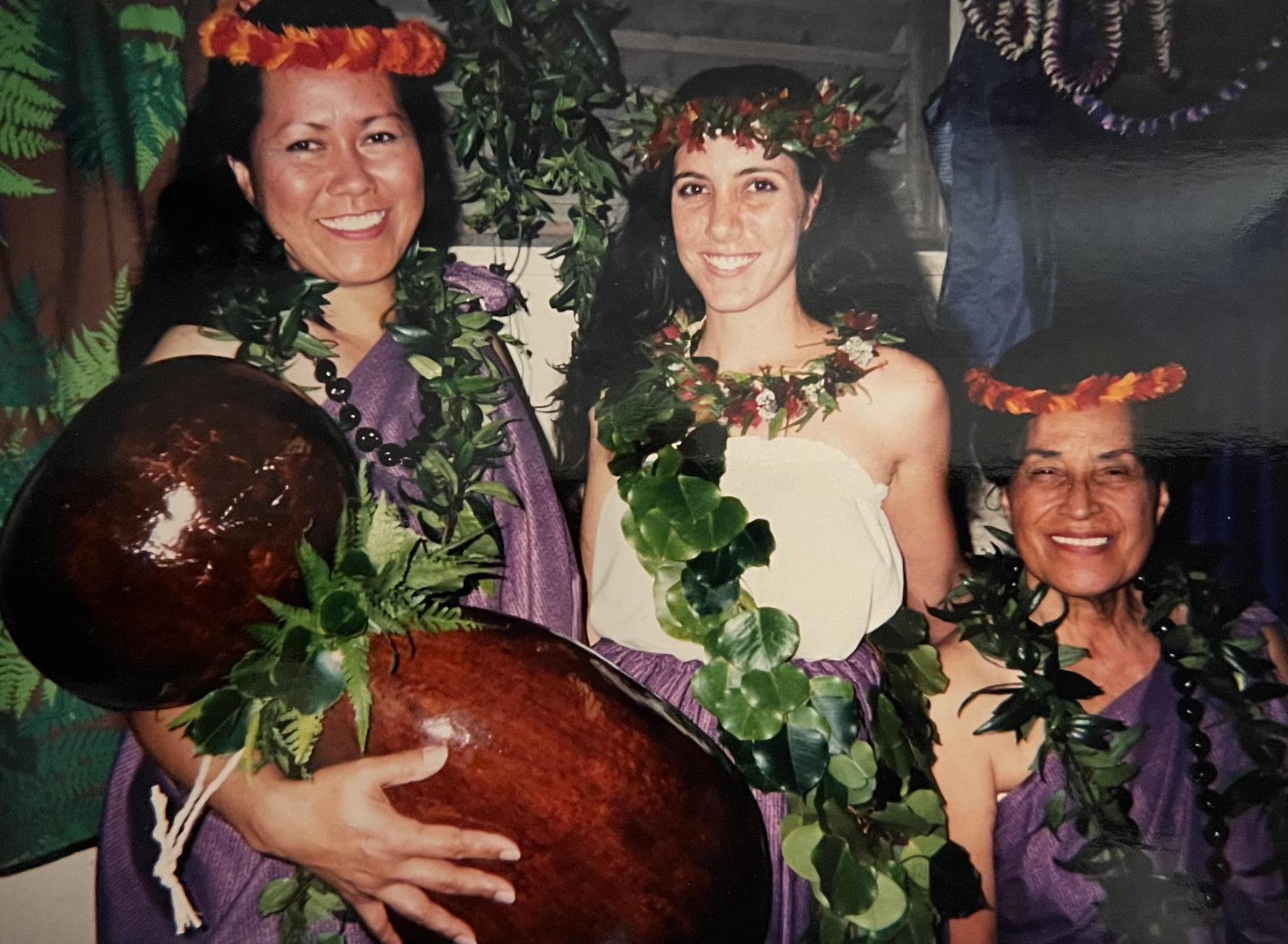 Acknowledging Mālia’s skill under intense pressure, her commitment to Hawaiian dance, chanting, music, and protocols, as well as her receptive heart to the ancient culture, Mālia’s teacher Kumu Puluʻelo Park determined to graduate Mālia at the highest level, allowing her to become a kumu hula in her own right at the tender of 24, later that very year.

Malia immediately embarked on a second rigorous period of preparation for her ‘ūniki (graduation ceremony).

On an October afternoon, Mālia was called forward to receive her ʻūniki at Ke-ahu-a-Laka, a heiau (Hawaiian temple) dedicated to hula located on the north shore of Kauaʻi. Leading up to her graduation, Mālia experienced many moments of self-doubt. Kumu Mālia recalls, “I wondered whether or not I was worthy enough to become a kumu.”  Nevertheless, with the support of her teacher and family, Mālia progressed through the final steps of her ʻūniki. 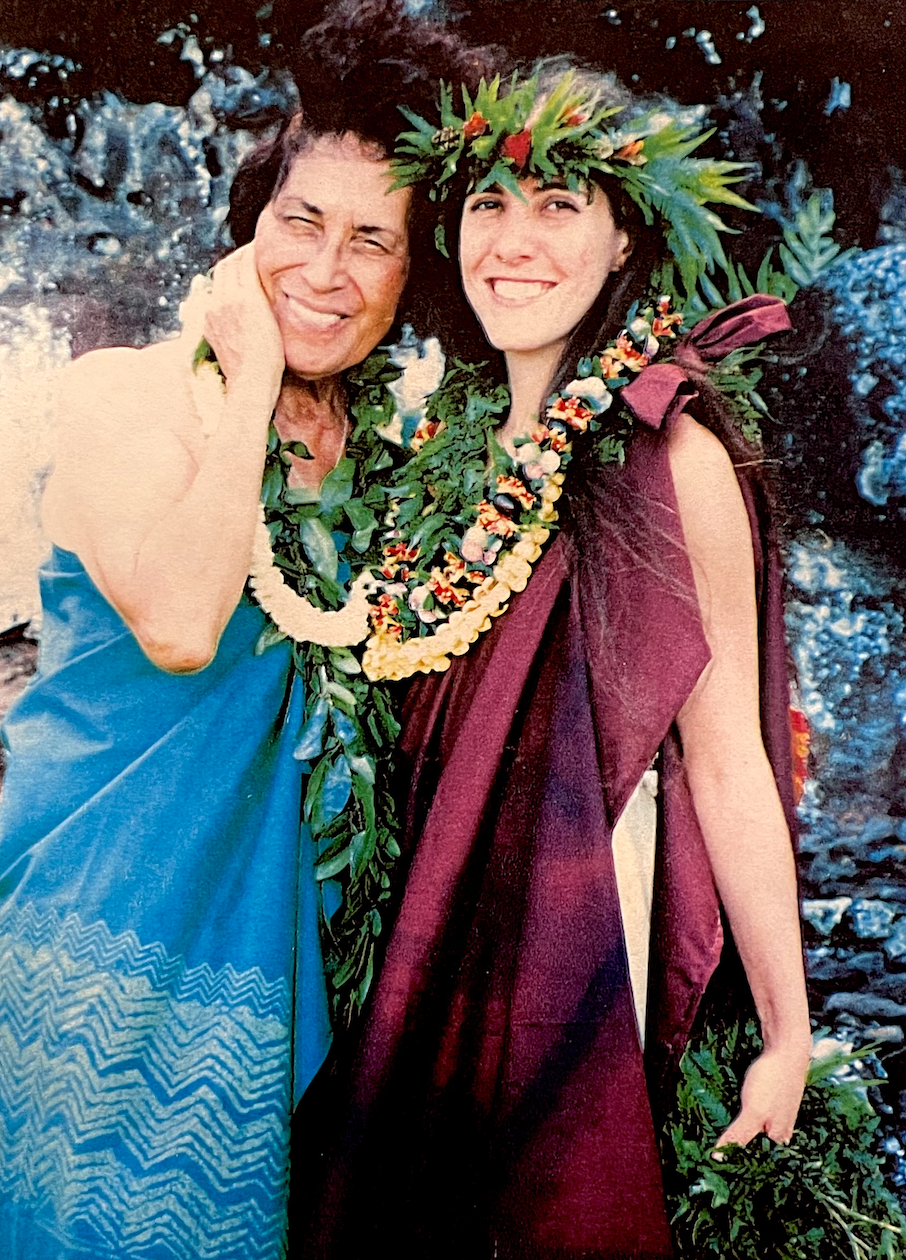 “The culmination of the ceremony happened when my kumu tied on my kīhei (a rectangular cloth worn over one shoulder), representing the securing of my training. At that moment, I experienced a pivotal inner shift. I remember looking at the scene before me and realizing that my vision had become very sharp. I could see the landscape, and especially the leaves, come into crisp focus. In that instant, I experienced deep clarity. It was a moment of alchemy,” Mālia recalls.

On October 12, 2002, on the birthday of her kumu, Puluʻelo Park, Mālia Helelā became an ʻūniki graduate with the title “kumu hula”. This month we recognize her 20-year anniversary!

If you ever talk to Mālia about her early years of learning hula, you’ll quickly learn about her wonderful father, the late Manu Bird. His encouragement and insight made all the difference in terms of Mālia’s dancing career. Mālia used to tell the story of how he forced her to dance hula. 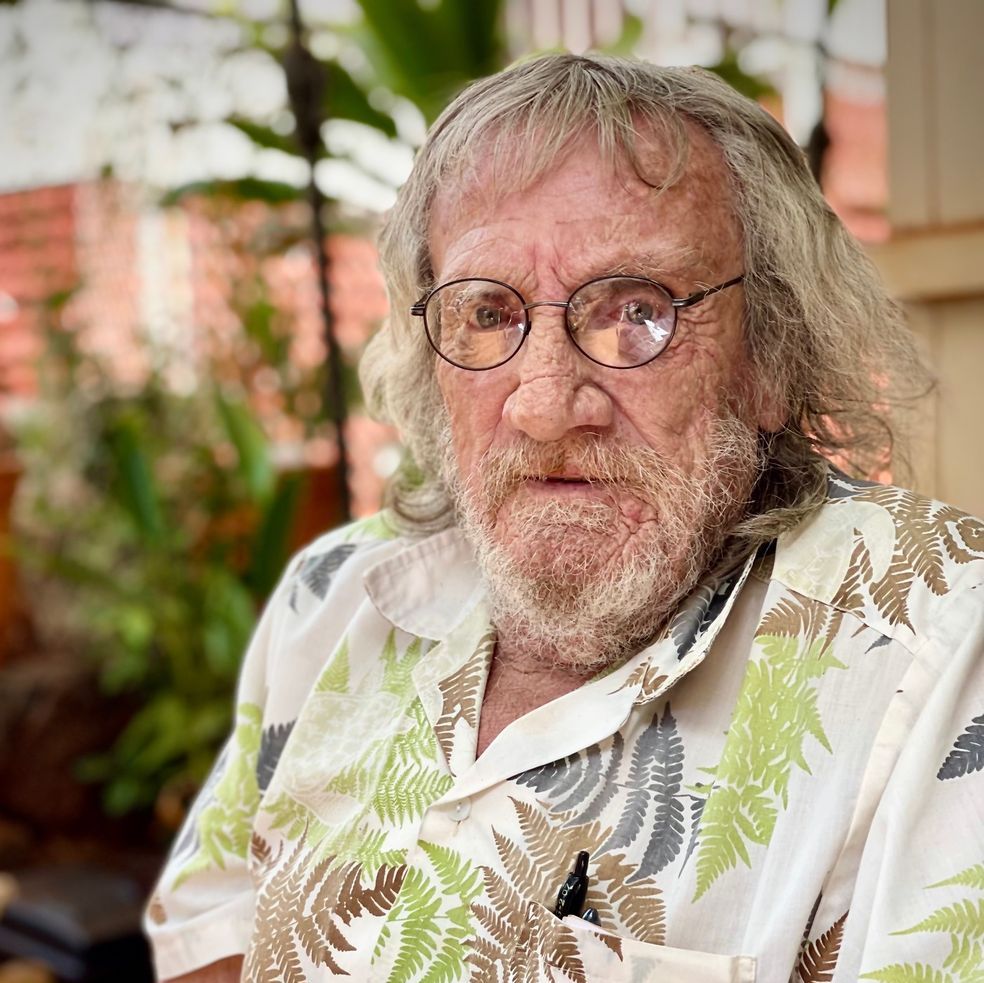 “I never forced you,” he corrected Mālia. “We had conversations, and you always agreed to try dancing hula for a little while longer.” His dedication to his daughter and her dancing provided the steady hand and heart that guided Mālia through all those moments of self-questioning, bringing her to the beautiful life opportunity that awaited at the other side of her training. At his side was Maliaʻs mother, Mary, a beloved fixture to this day in Mālia’s classes, always a helping presence. Her parents’ support and aloha established the solid foundation from which Kumu Mālia continues to grow.

As a part of the graduation process, Mālia and her hula sister Leimomi were 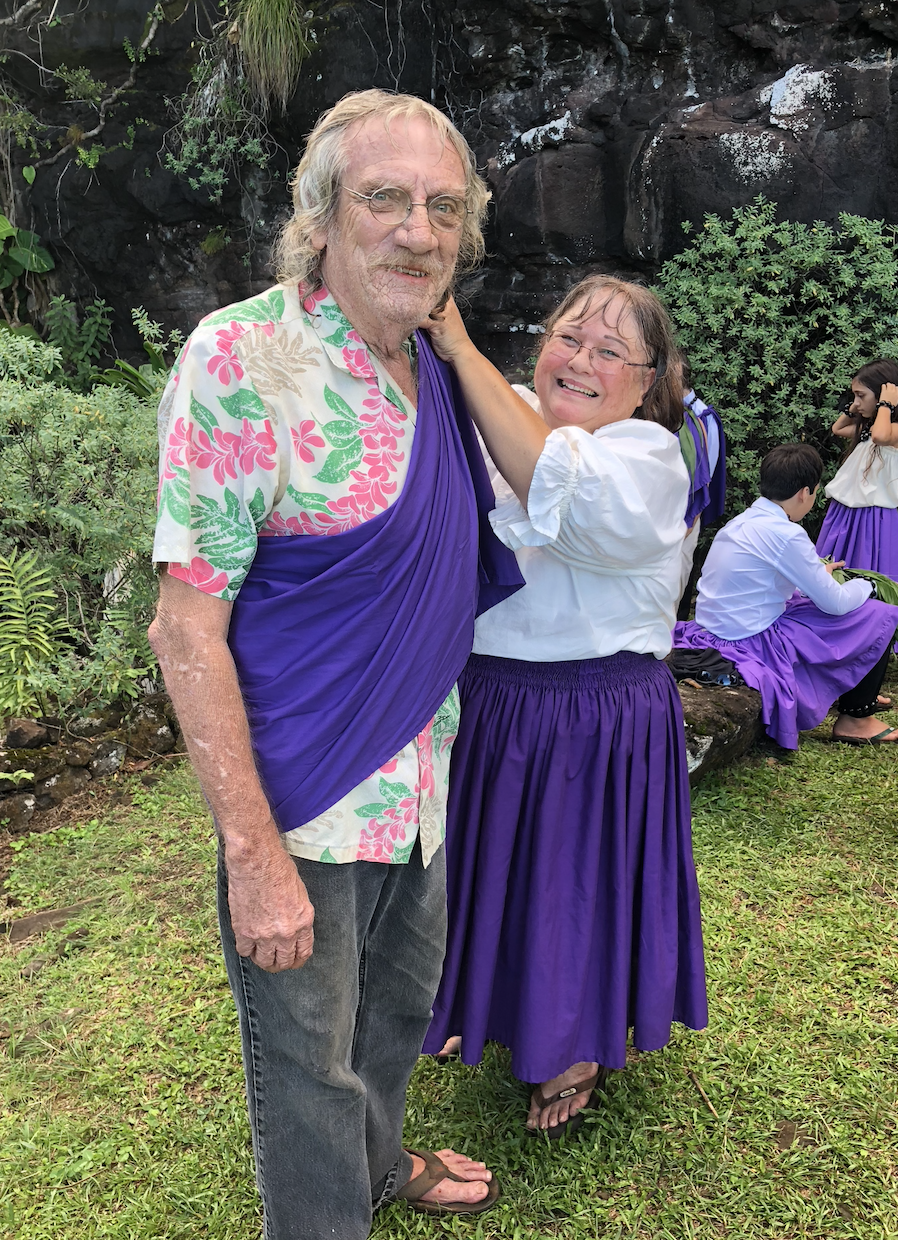 responsible for organizing a hōʻike, a public recital where the new graduates would be introduced to the community. With a lack of practical experience, Mālia relied heavily on the support of her mother, who stepped in to help organize the logistics of the graduates’ recital. Mālia took care of her new hula responsibilities.

This summer, 20 years later, and at the exact same venue in Heʻeia where her recital had taken place, I had the privilege of watching Mālia step forward to bolster her mother Mary, putting on the mantle of kākoʻo (support) and coordinating the details of her father’s life celebration. I’ve often heard Malia express amazement at the organizational skills she’s developed over the last two decades. It is the mark of a 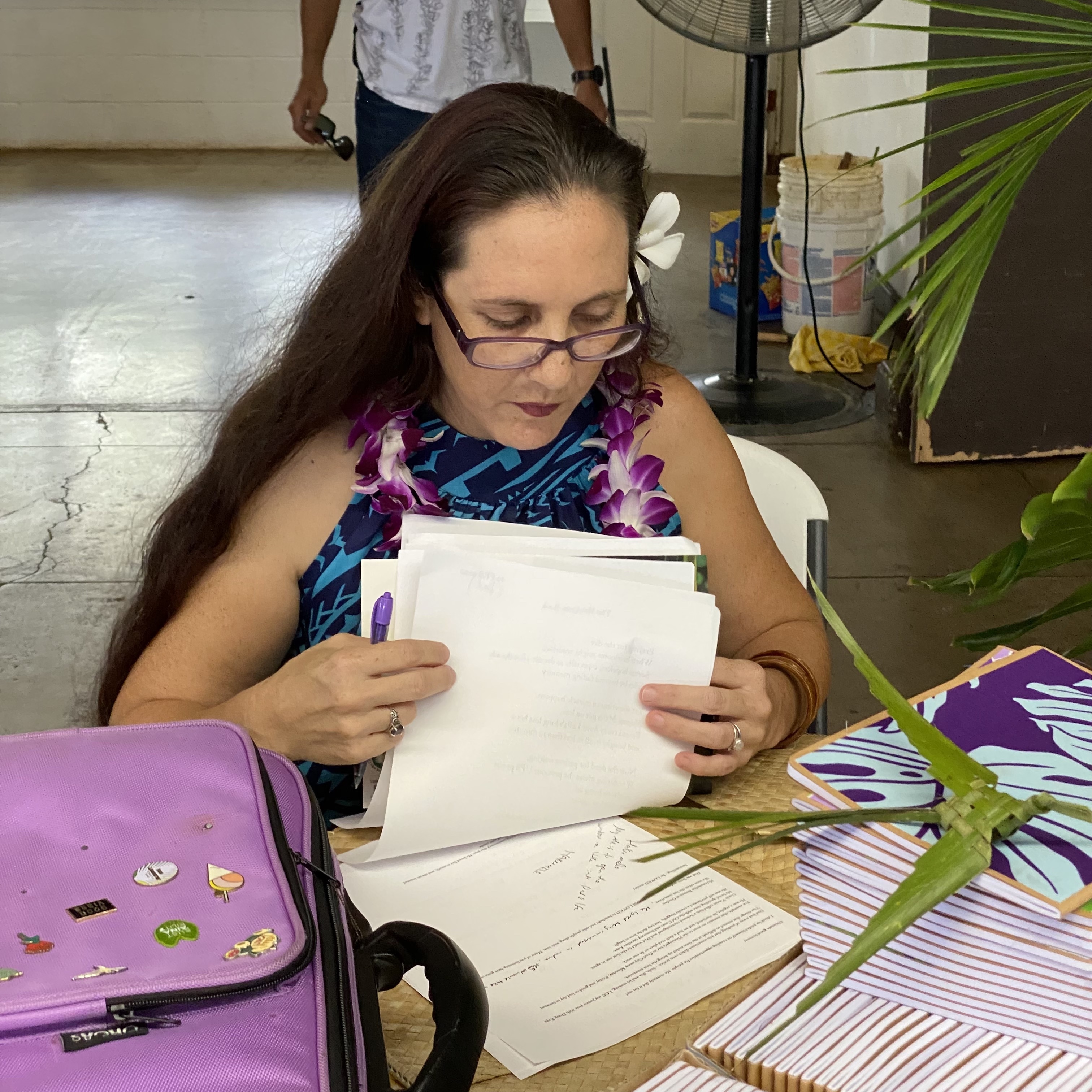 highly trained individual that she was able to martial those skills in the midst of grieving the loss of her beloved father.

Although she says doubts still visit at times during her hula journey, Mālia recognizes that her ʻūniki 20 years ago set her foundation. She has since developed a wonderful hula hālau, having found a home at Still & Moving Center where she feels both she and the hālau continue to grow.

Now, with three children nearing adulthood, Mālia reflects on this passage of time. “I feel as if I’ve grown as much on the inside as I’ve witnessed my children change and grow on the outside. Life is an unfolding process of many steps, and hula is the same. I feel so humbled to have this much time to dance and share hula, and I’m so grateful to Still & Moving Center for providing such a sanctuary for me to teach. The cross-cultural exchange has exposed me to so many different modalities of movement and thought.” 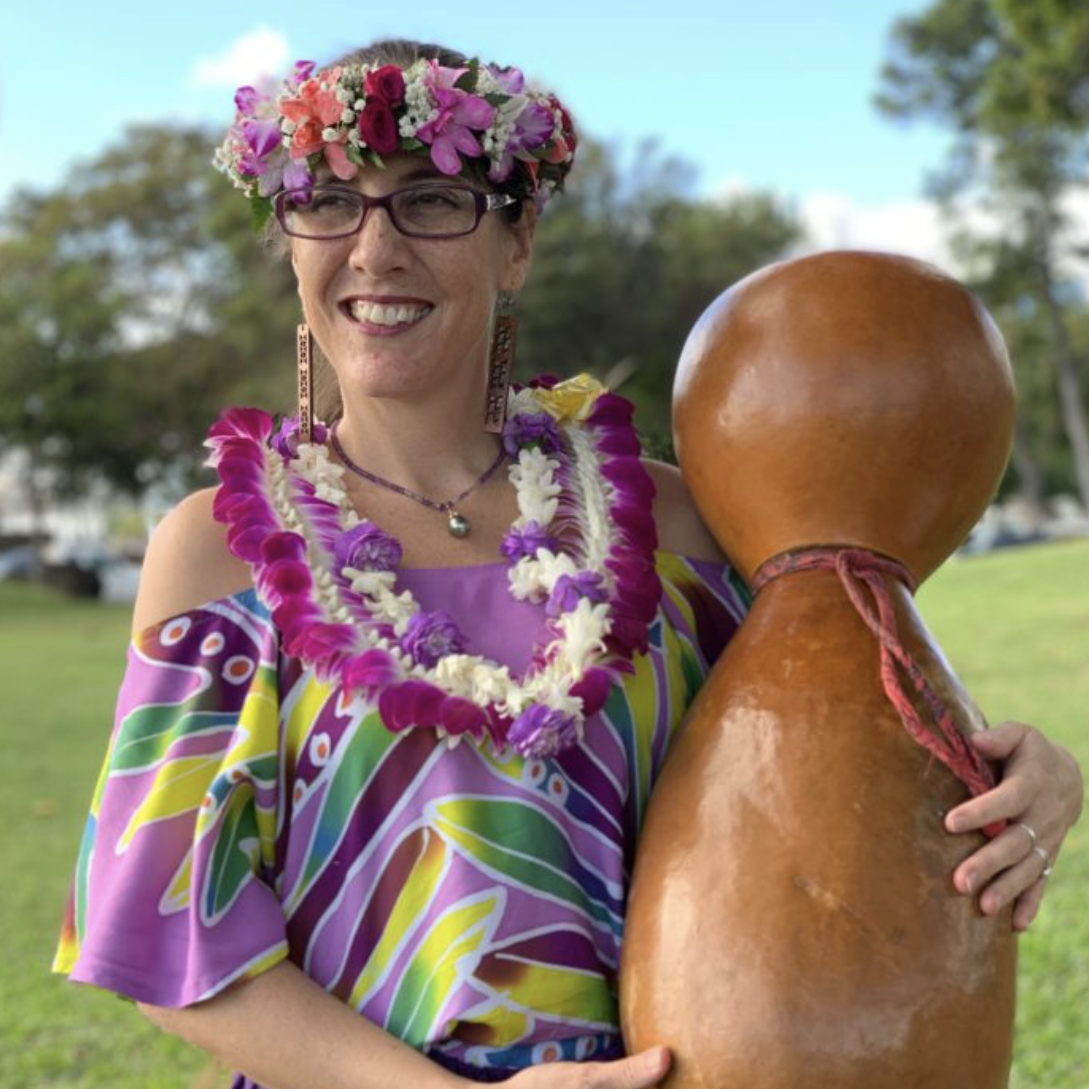 Who knew how many other lives Mālia would so graciously touch along her hula journey? Many of the thousands of students who come through Mālia’s hula program enthuse over the Hawaiian learning they receive from Mālia – whether in hula, ‘ukulele, ‘ōlelo, oli, or lomilomi. Perhaps even more meaningful, however, is the warmth of aloha they receive from their kumu and her gratitude circles before class.

We at Still & Moving celebrate Mālia for following her path to become a kumu hula!