Do your little bit of good where you are; it’s those little bits of good put together that overwhelm the world.
– Desmond Tutu

At age twelve, I 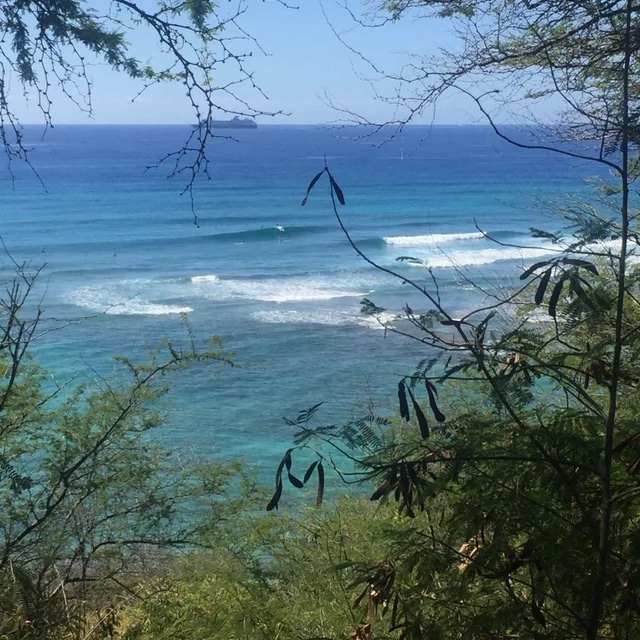 gained an uncle through a marriage in the family. Over the following years, my uncle pushed me into my first wave at Canoes in Waikiki and spent countless hours talking with me, offering his support and encouraging me to step just a little bit out of my comfort zone to grow. I remember one afternoon surfing at Diamond Head with him. After surfing, we ended up sitting on the rock wall overlooking the break for hours, talking about life. Our conversations were never at surface level. Just as we were duck-diving under the rolling waves, we dove deep beneath issues and perspectives, all for the purpose of greater understanding and personal growth. He gave me the space to hear myself and be heard – a big gift to a young person still trying to figure out her place in the world.

I never knew the scope of his impact on kids in Hawaii until recently when I asked him if we could do an interview. By the end of that interview, I was on a five-way call with former participants of both NALU Studies and PaCES. Each person on the call shared their experience of going through the programs Uncle Manning was involved in and how these programs helped them to achieve their current positions 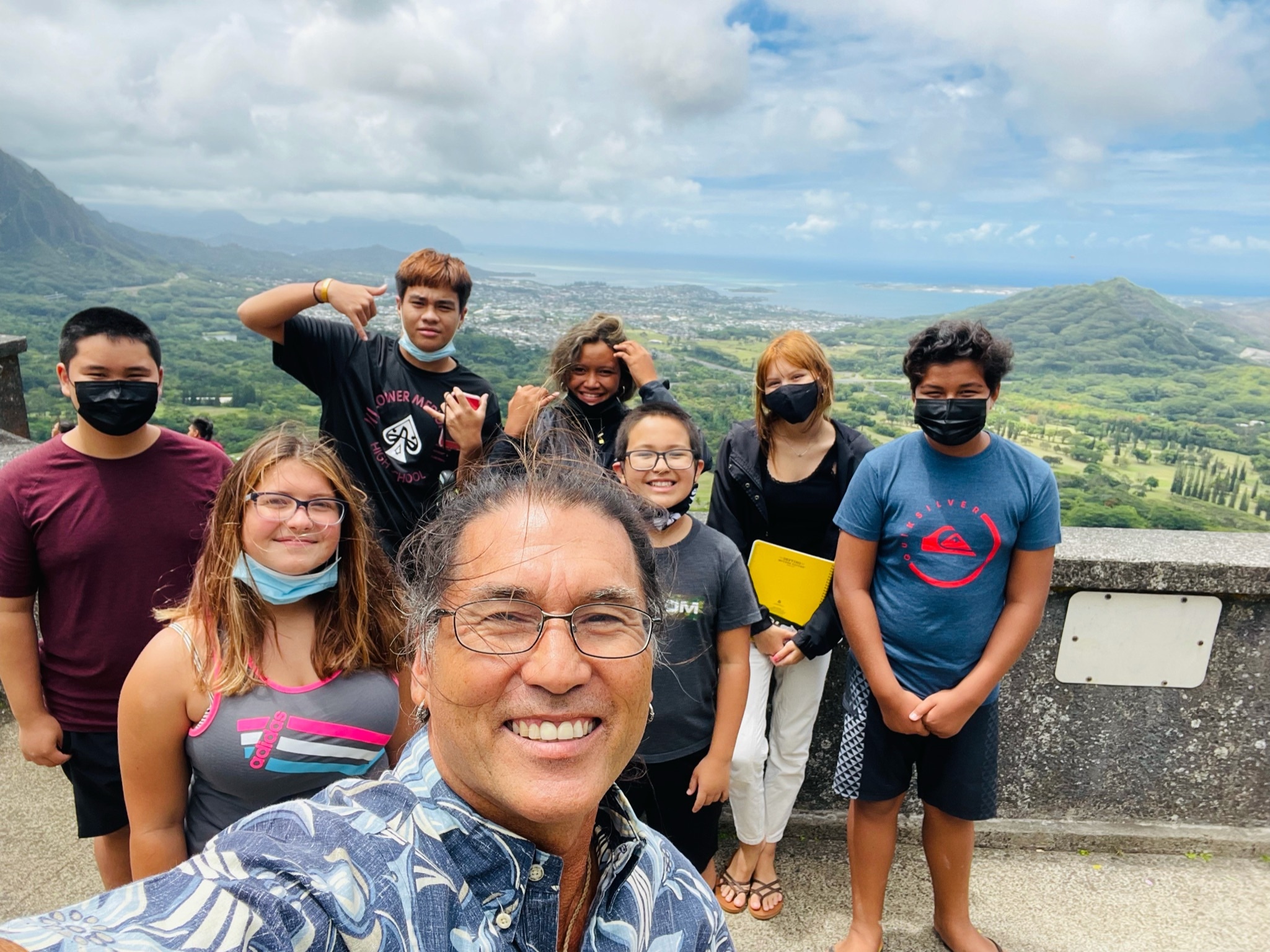 in life. One was recently accepted to join the Peace Corps and is starting graduate school in Conservation Studies, another is a local electrician working towards an electrical engineering degree, another currently mentors middle school students in the NALU Studies program, and yet another just graduated from MIT.  Each of these former students of Uncle Manning’s made leaps and bounds as they launched into adulthood. I could hear the gratitude in their voices as they talked to my uncle. I could feel the mutual respect and appreciation amongst everyone.

When asked how NALU Studies changed him, one of the students replied, “I really 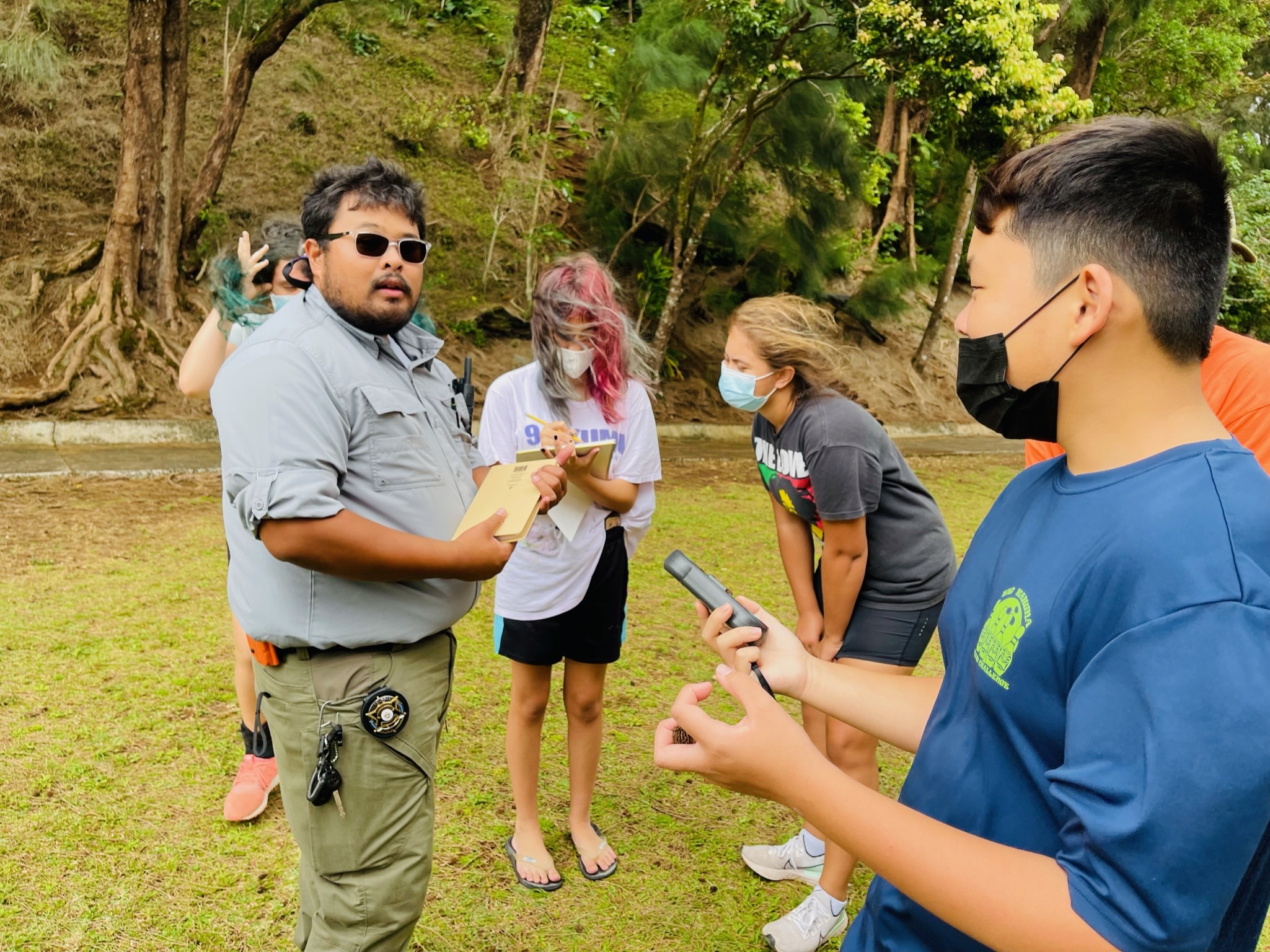 didn’t care about my education and I never liked going to school. NALU Studies opened my eyes to the value of learning through hands-on experiences and hard work. The NALU Studies program gave me a push to want to achieve more and be better for my family and community. I even became a mentor for younger kids!”

Uncle Manning, also known as Manning S. Taite III or Kumu Taite, possesses a true genius for helping youth. Having come from a rough upbringing with abuse in the home and struggling at times to stay on the right path himself as a teen, he can closely relate with the students who come through his programs. He knows what it’s like to teeter between a positive path and one that’s destructive. He also 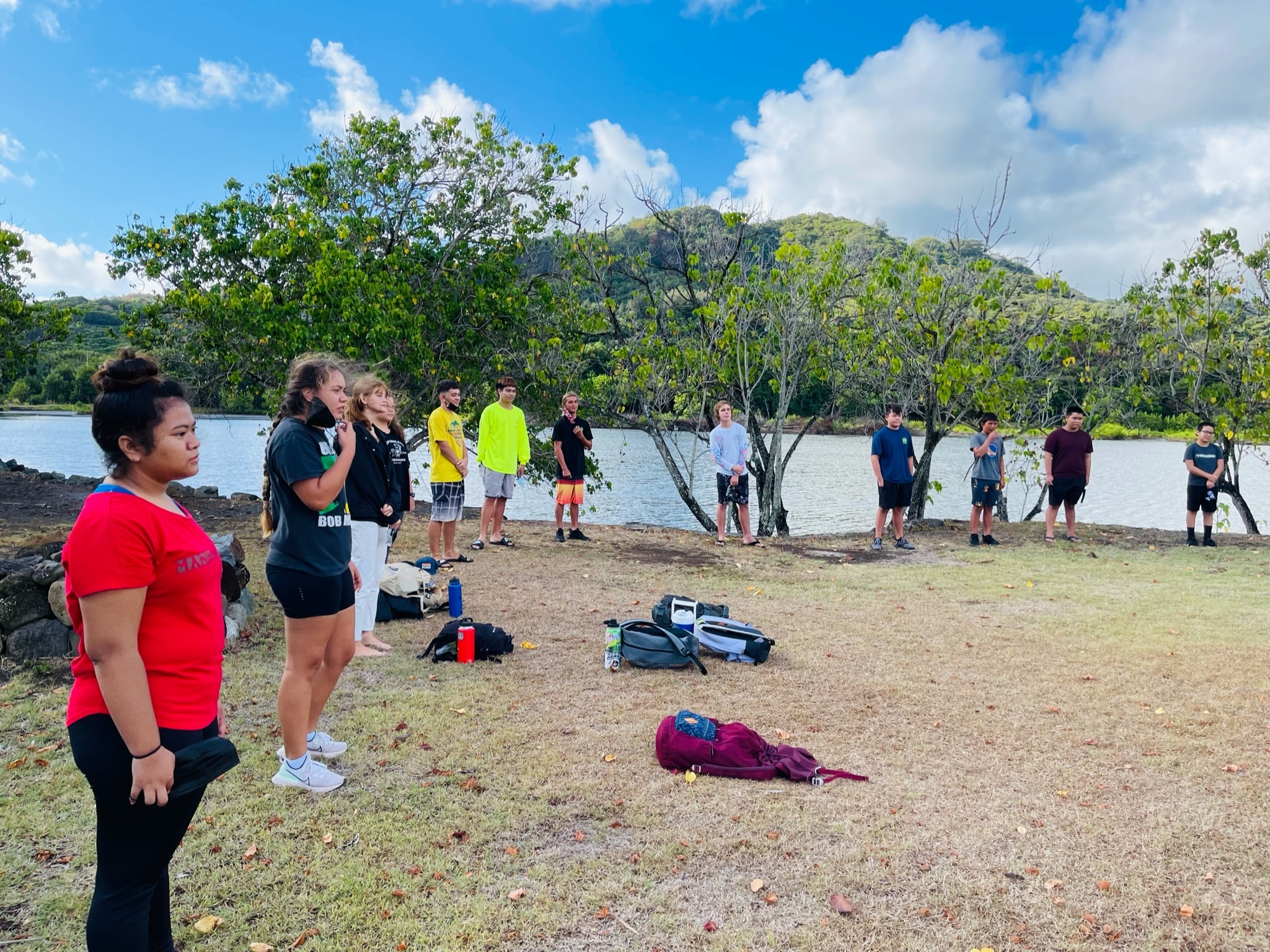 understands the life-changing impact that just one or two supportive mentors can have on a young adult’s goals and future. “I can count my mentors on one hand,” says Uncle Manning. “I wouldn’t be where I am now if it weren’t for each one of them believing in me, and picking me up when I was struggling most,” he says.

“Everybody deserves a second chance, a third chance, and even a fourth…” Uncle Manning emphasizes. In 2009, with the help of Mr. Herb Lee and the Pacific American Foundation, Uncle Manning brought this vision to life with NALU Studies. NALU stands for Nature Activities for Learning and Understanding. It seems only fitting that as a surfer, he named the program nalu, the Hawaiian word for wave. 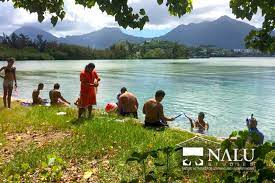 He created the NALU Studies program to provide a support-net for those who might have none left. Over the years, he built a relationship with several Honolulu judges who continue to give many kids in their courtrooms a choice: they can either go to Juvenile Detention or NALU Studies. Not surprisingly, the students most often choose to attend NALU Studies, even without really knowing what it is. One individual’s story stands out to me in particular. He went from selling drugs as a young thirteen-year-old to being a highly motivated student and leader who eventually graduated summa cum laude. Once graduated, he became a mentor with NALU, helping dozens of kids who were in the same shoes that he ha 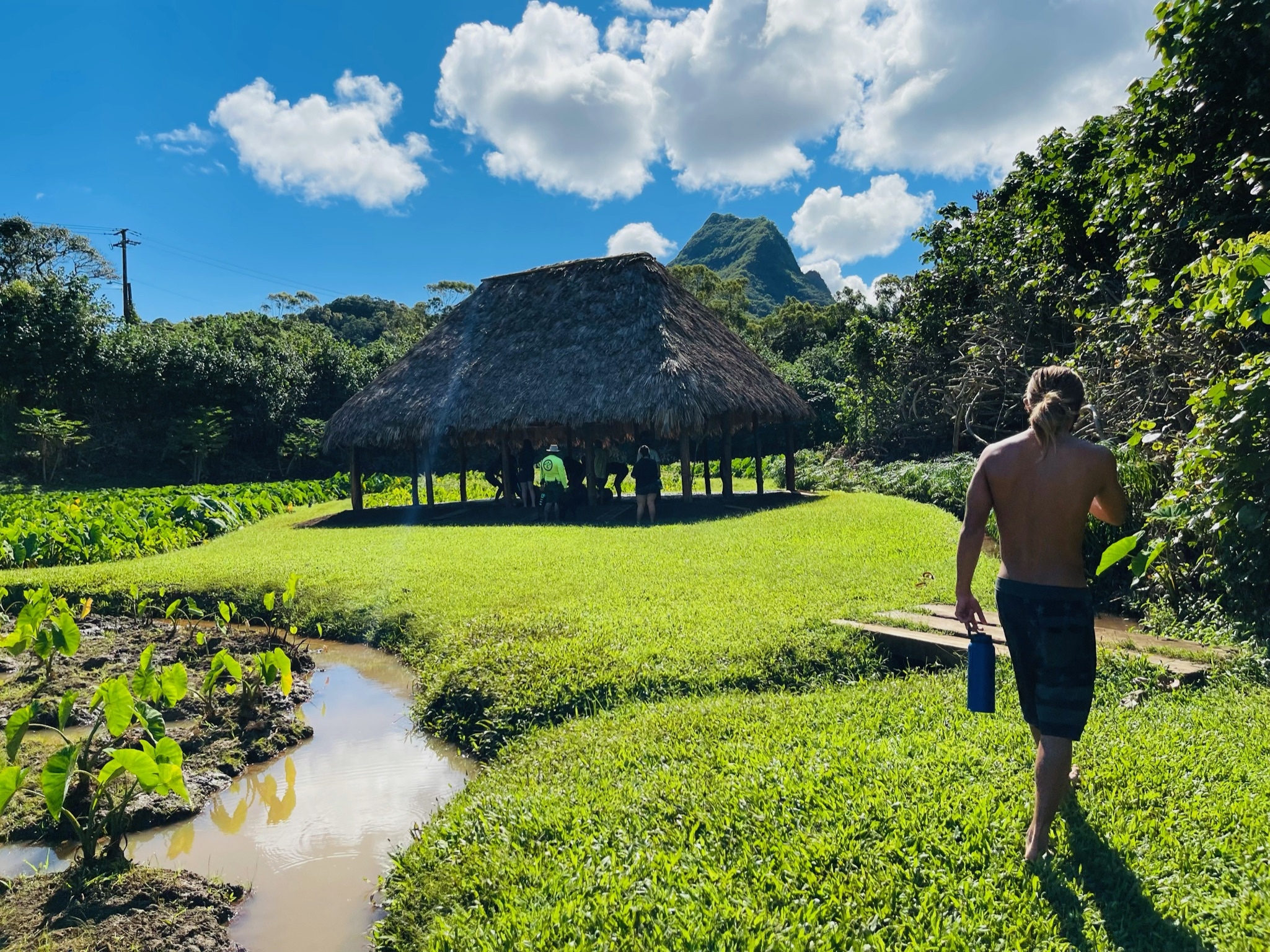 d been in many years prior. He helped them find a way to make positive, successful and rewarding lifestyle and career choices.

The cultural component creates the framework for NALU Studies. Before entering a site, whether it be a fishpond or the Pali lookout, the students oli (Hawaiian chant) together and ask permission to be there. Cultural protocols instill a sense of respect for place, allowing the kids to connect deeply with where they come from, which ultimately strengthens each individual and acknowledges their ancestors and ‘ohana (family). “My primary focus is educating high-risk and at-risk youth in science education and indigenous cultural practices in an effort to develop future community leaders who make responsible decisions in protecting the environment,” says Uncle Manning. As community members, it is our kuleana or responsibility to malama ‘aina (care for the land) and malam ‘ohana (care for each other) so that we can actually have a future.

What brought Uncle Manning to the point of creating NALU Studies? While 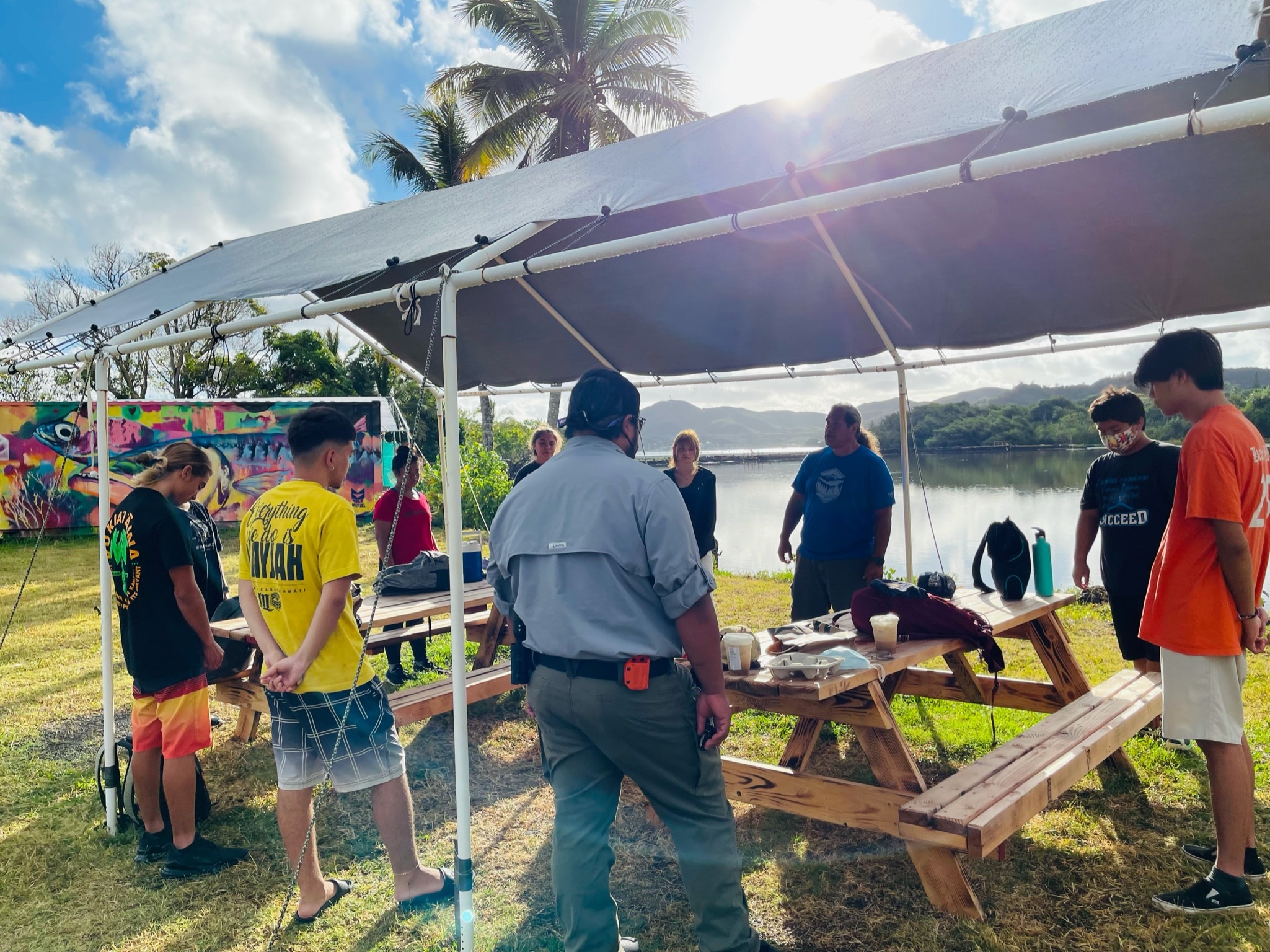 Manning worked at the Hawaii Institute for Marine Biology (HIMB) and The Pacific Center for Environmental Studies (PaCES), he felt called to adjust his focus to positively impact students in a more direct way. PaCES is a college-prep science program that Uncle Manning continues to co-teach at Windward Community College and HIMB. He works with students from all socio-demographic and socio-economic situations. These young adults work in teams to address Hawaii’s unique environmental issues. With the support and mentorship of professionals in science and cultural practices, students learn valuable research techniques. As a result, the PaCES students 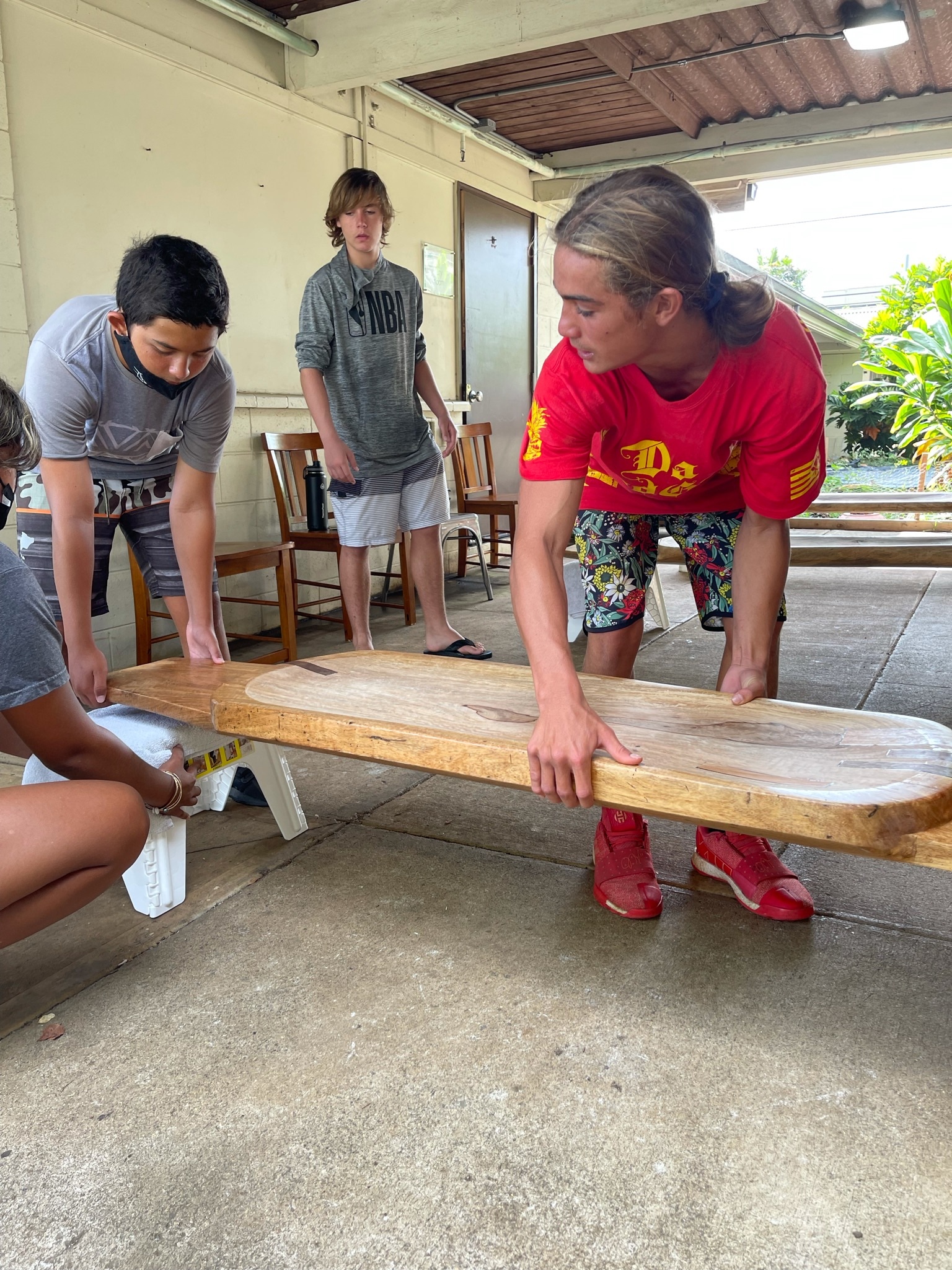 develop self-confidence and learn valuable life skills, as well as skills in science, culture, and academics which bolster them towards a more successful future. Despite the success of the program, Uncle Manning wondered about those students who did not have the resources to participate in PaCES.  “What about those students at schools far less equipped to support their education and prepare them for success through college-prep classes and rigorous academics?  What about the kids who were struggling in the classroom, who learn better outside of traditional school?”

Over the following years, Uncle Manning formed a plan. With his background in biology and education, he envisioned a science and cultural program that could provide a supportive learning environment for Hawai’i’s at-risk and high-risk students. One day he asked some local students struggling in school: “If you cou 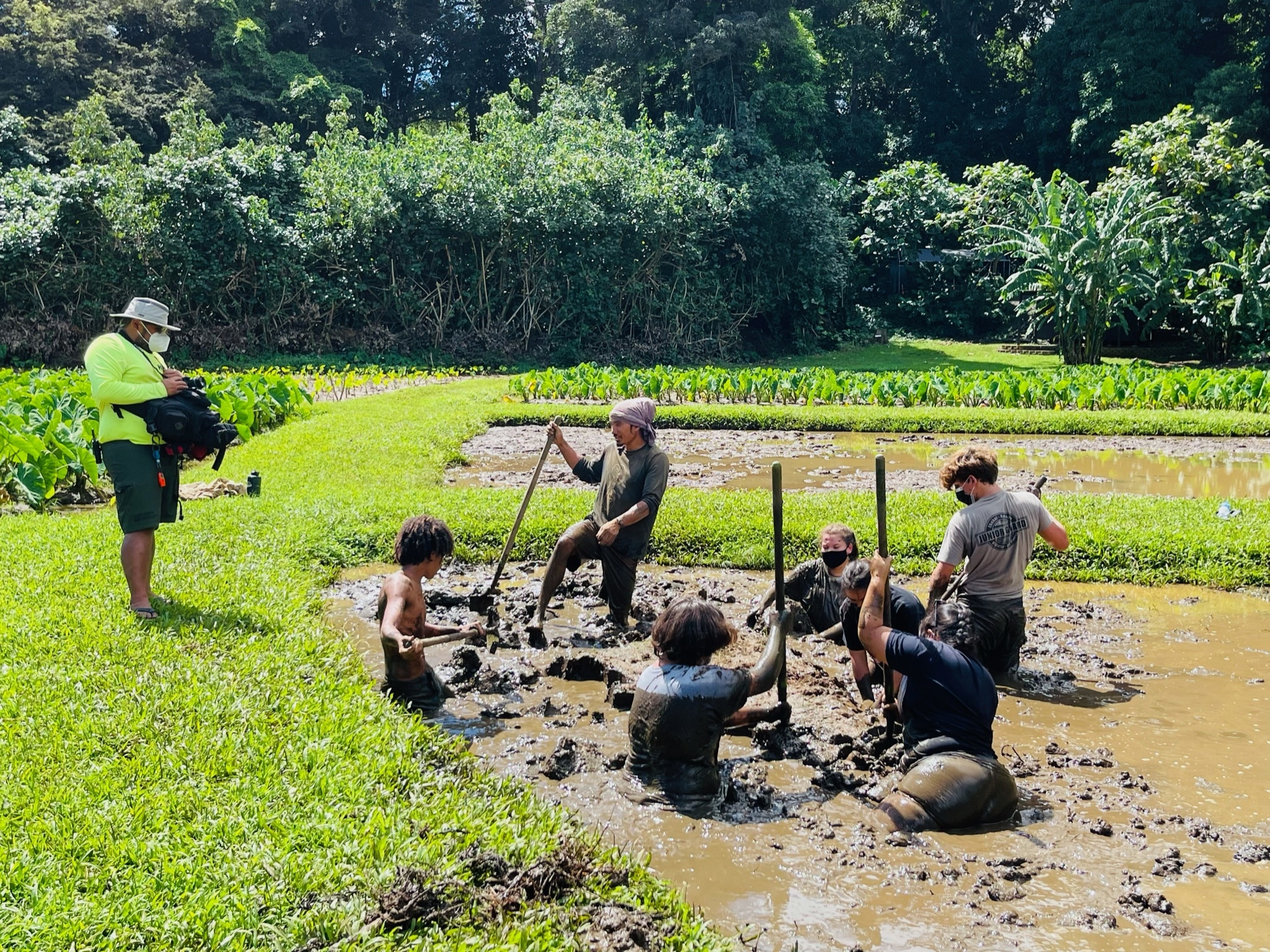 ld build any kind of school, what would it look like?” They said they’d want a school that’s hands-on, in-the-field, with subjects that addressed real-world issues that they could relate to,” says Manning.

In both NALU Studies and PaCES, students now learn outdoors in the hiking up into mountains, through streams, into lo’i (Hawaiian taro patches), at Hawaiian fishponds, and out to the coral reefs, all the while collecting real-life scientific and environmental data with their own hands. One of the greatest parts: these students then take their findings back to a lab where they can analyze and document their data and then sha 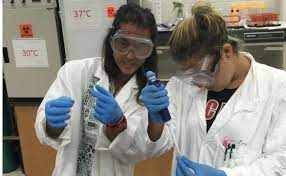 re it with federal and state agencies. They’re out there in the field as the PaCES students envisioned. They even sometimes wear the scientist’s white coats while in the labs! They’re actual scientists! “They come to us as struggling students and leave the program as high school and college graduates who can mentor others,” says Uncle Manning.

As with all great things achieved, it takes great support from others. “I feel very fortunate to have the support of an extremely dedicated team and a number of generous funders including Pam Omidyar and the Omidyar Ohana Fund at the Hawaii Community Foundation, the Harold K. L. Castle Foundation, the Atherton Foundation, the NOAA BWET Hawaii program, Healy Foundation, Hayashi Foundation, Saltchuk, and many more. Through this combined effort, we help our Hawai’i at-risk youth become the responsible community leaders we know they can truly be,” says Manning.

“There’s a genius and brilliance in all of us, and an ability to persevere through all of our greatest challenges, and these challenges only strengthen who we are and who we will become,” Manning affirms. Sometimes this ability sits latent until there’s an opportunity to draw it out. “As human beings, we have a responsibility to model good behavior and care for each other.”

To learn more about NALU Studies go to https://www.thepaf.org/nalustudies